Need a Baby-Sitter? Bibi’s Your Man 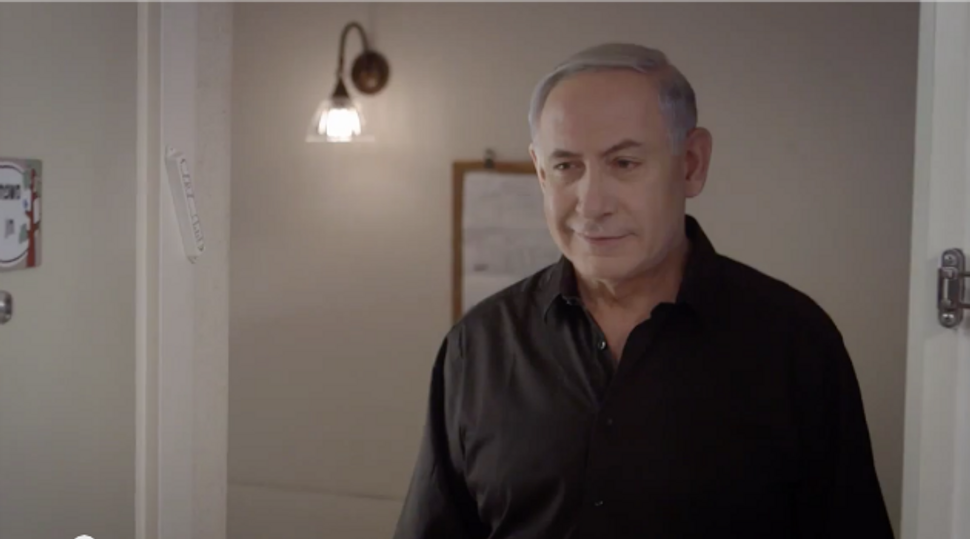 It looks like Benjamin Netanyahu has a new career path lined up — you know, in case the Israeli elections don’t pan out.

A new campaign ad released Saturday shows a couple getting ready for a night on the town. The doorbell rings. It’s the baby-sitter. Or is it?

“You asked for a babysitter, you got a Bibi-sitter,” says a smirking Netanyahu. “Where are the children?”

The parents, understandably confused as to what their country’s prime minister is doing at their door, ask Bibi why he should be the one to watch over their children.

It’s either me, or Tzipi and Bougie,” he replies, referring to Zionist Camp’s Tzipi Livni and Issac Herzog. Oh, no! Not them. The parents shake their heads, demonstrating their mistrust.

Herzog needs his own baby-sitter, the dad jokes. Zing. And Livni? “By the time you get back she’ll probably go over to the neighbors,” Netanyahu quips back. (Livni has skipped to and from four political parties).

The ad conspicuously shows no children. Netanyahu’s previous campaign ad, which showed him as the only adult in a kindergarten class full of children named after Israeli political leaders (subtle, Bibi, real subtle), was banned by the Central Election Committee. Showing children under 15 for political gain is a no-no.

Need a Baby-Sitter? Bibi’s Your Man