‘The Simpsons’ Go to Auschwitz 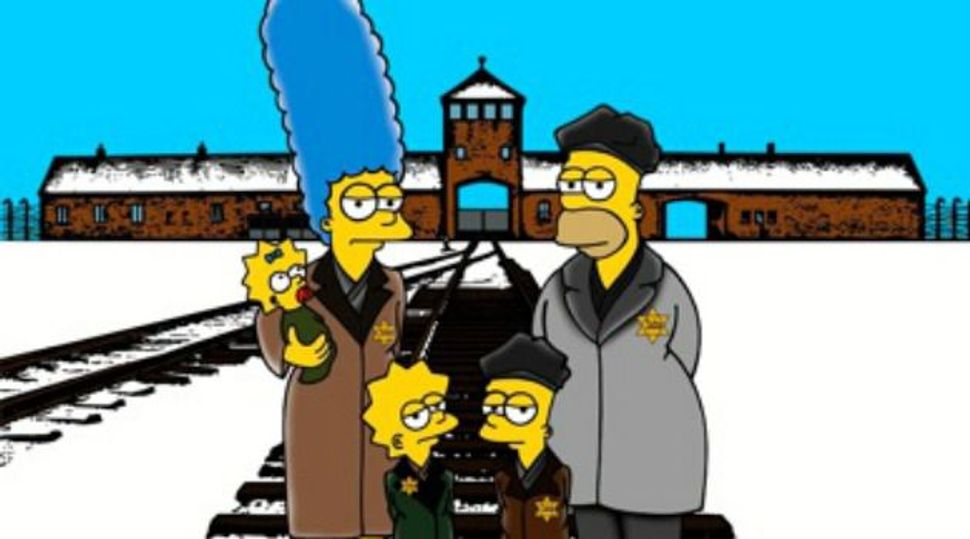 I scrolled through the pictures I had just received in an email. I looked at them again. And again. The subject line, I realized, went straight to the point: “The Simpsons go to Auschwitz” — a series of drawings by the controversial Italian artist Alexsandro Palombo, depicting the popular yellow cartoon family as famished inmates of the Nazi death camp.

Marge, Homer, Bart, Lisa and Maggie wearing yellow stars, in striped prisoners’ garbs, and undressed in what seems to be the inside of a gas chamber… you get the idea. The “Arbeit macht frei”-sign, the emaciated legs, the fake showerheads — no question, the imagery was painful and upsetting to look at. And the bright, big-eyed cartoon characters with the funny-shaped heads definitely felt out of place. 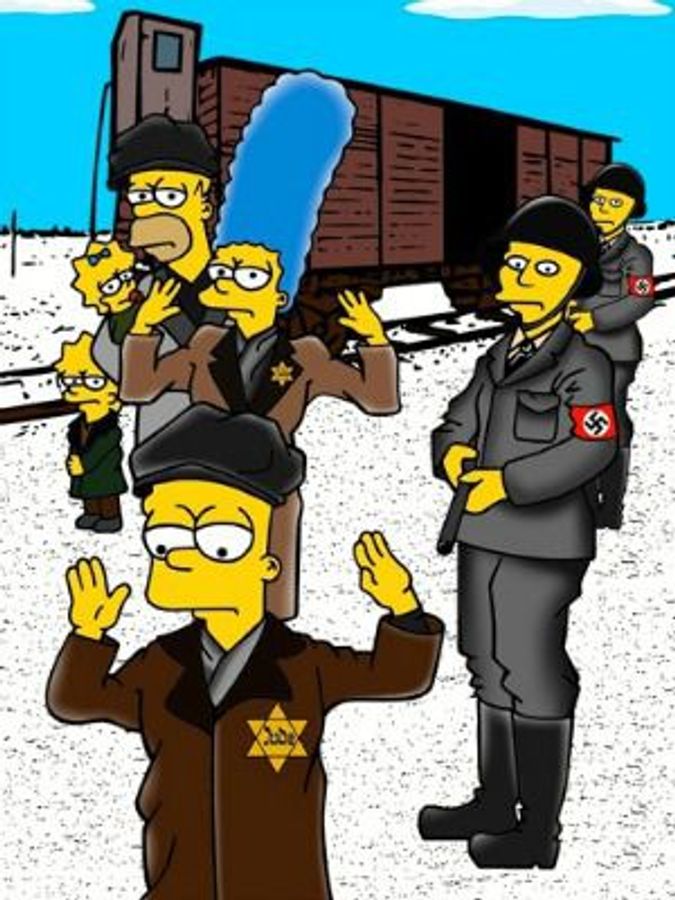 Well, I thought, let’s try to find out what the artist’s message is. “We must educate the new generations and tell them what happened,” Palombo said, at least according to the email sent out by his press office. And then: “We have to do it without filters, bluntly, over and over again, through the memory of facts and terrifying images that reflect the horror of the Holocaust and the extermination of millions of human beings.”

While I agree (and who wouldn’t?) that future generations need to be taught about the Holocaust, I don’t think that doing it “bluntly” and “over and over again” is the right approach.

As I’ve reported before, merging Nazi-imagery with pop culture is a double-edged sword: On the one hand, yes, we must never forget about these atrocities — which might be why Palombo titled the series “Never Again” — and this might sometimes require unorthodox approaches: If you want the attention of a teenage-Simpson-fan, you’re bound to get it by publishing Bart Simpson as a persecuted Jew. 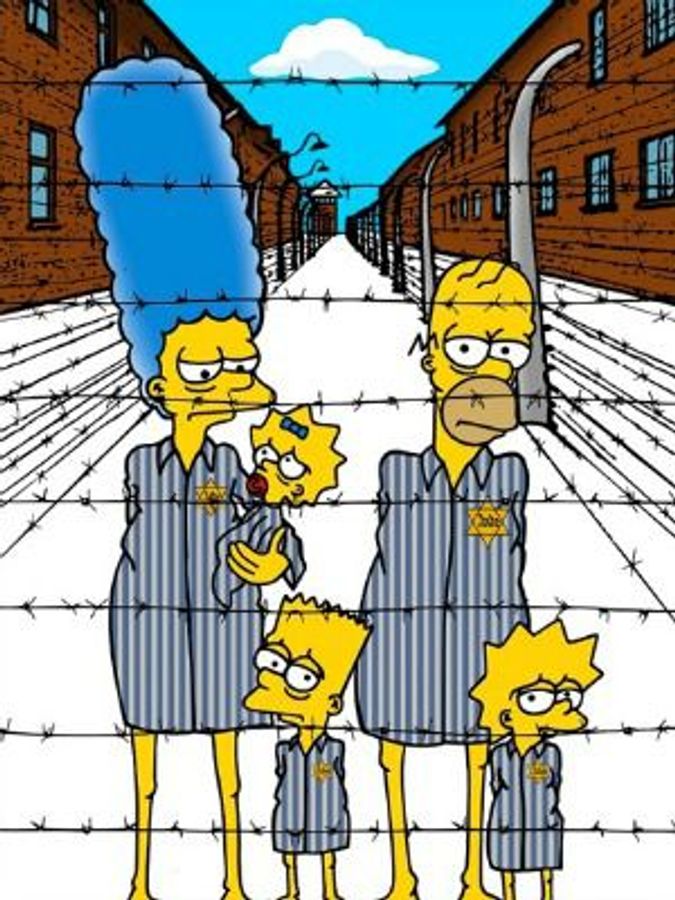 However, the problem is that we have no idea what said teenager will do with these images, and how they are interpreted. Unlike Palombo’s previous work, such as his depiction of female cartoon characters as victims of domestic violence, the message in those pictures is not clear. Looking at the Simpsons’ sad faces while wearing striped pajamas, and the yellow character with dark hair (Anne Frank?) standing outside the gates of Auschwitz-Birkenau carrying a sign that says “Never Again” doesn’t help the viewer understand what happened there — and, more importantly, why.

What’s worse, even an emaciated Marge Simpson still looks sort of cute (her blue hair is intact). Seeing the family from Springfield in a death camp is so obscure that it’s funny again. Ridiculing Holocaust-imagery will only add to the overkill we’re already experiencing thanks to the Internet, and might result in exactly the opposite of what Palombo had envisioned: Showing terrifying images without filters will not lead to more awareness, but to people losing their filters.

‘The Simpsons’ Go to Auschwitz