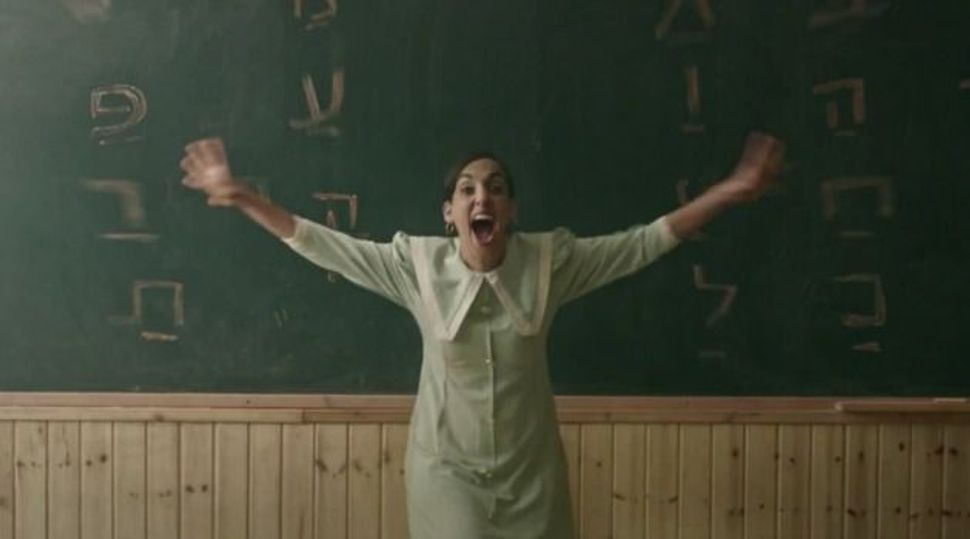 You’ve never heard the Aleph Bet like this. A new music video released by Israeli artist Victoria Hanna flies through the sounds of the Hebrew alphabet with an energy you couldn’t imagine as your mom drove you to Hebrew school on Sunday mornings.

Hanna performs the various sounds in a rhythmic chant, dressed as a school teacher in front of a mesmerized class of girls. But then the video explodes into the alphabetic acrostic prayer of “hoshana”, traditionally recited in synagogues on Sukkot.

Victoria Hanna is the daughter of an ultra-Orthodox rabbi, and has performed with Bobby McFerrin and the Israeli group Balkan Beat Box.