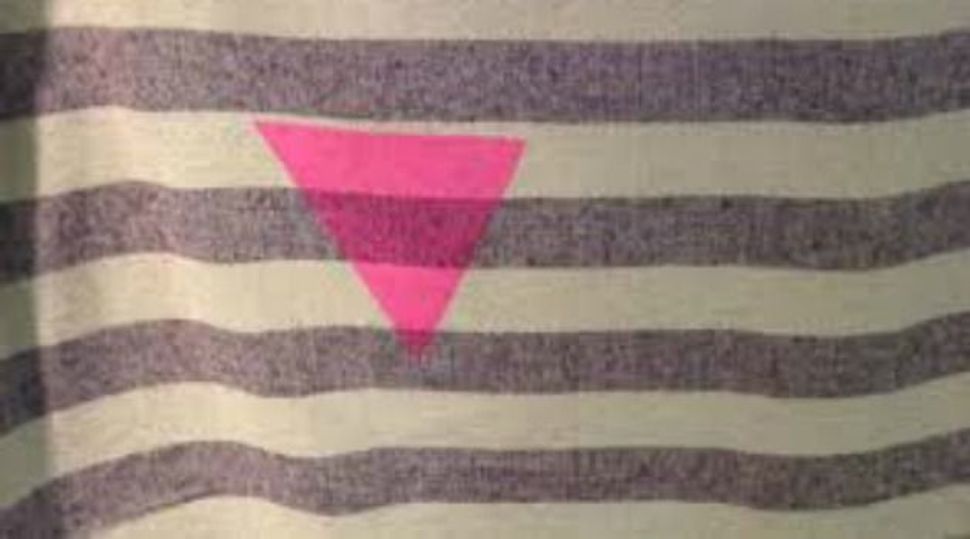 The Anti-Defamation League has urged Urban Outfitters to stop selling a tapestry with a design resembling the uniform that gay male prisoners were forced to wear in Nazi concentration camps.

The ADL complained about the “insensitive” design of the tapestry, which features pink triangles over a gray and white pattern, in a letter to Urban Outfitters CEO Richard Hayne.

“Whether intentional or not, this gray and white stripped pattern and pink triangle combination is deeply offensive and should not be mainstreamed into popular culture,” the ADL’s national president, Abraham Foxman, said in a news release Monday.

Prisoners in Nazi camps were forced to wear uniforms with inverted triangles of different colors. A pink triangle indicated that the prisoner was homosexual.

Urban Outfitters has faced previous criticism from Jewish groups. In 2012, the retailer sold a T-shirt with a six-pointed star that resembled the Star of David patch worn by Jews in Nazi Germany. In 2008, the company sold a T-shirt with a picture of a Palestinian boy holding a machine gun between the words “Fresh Jive Victimized.”