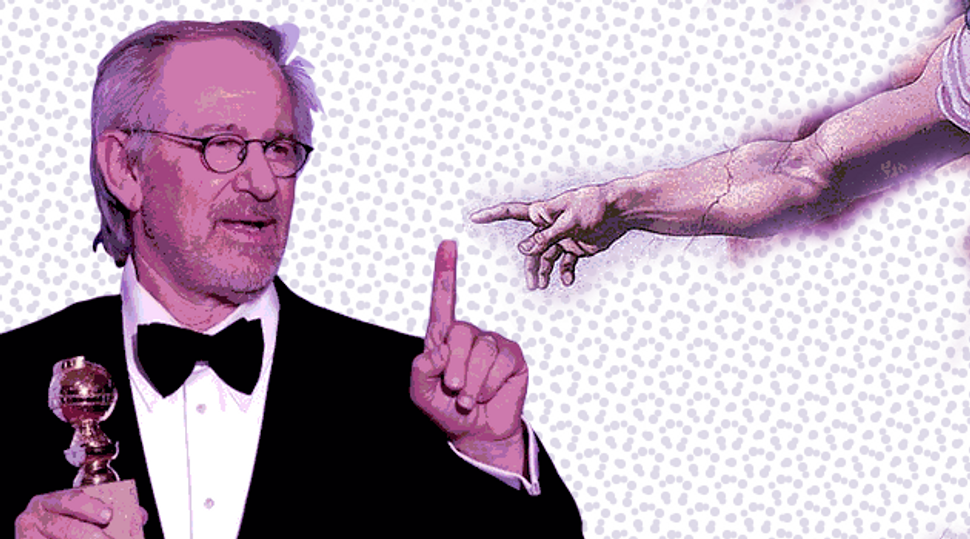 If you watched the Oscar last night, you, like me, might be all “thank you”-ed out. It’s all about the “members of the academy,” God and mom and dad. Last night, a film-maker even thanked his dog.

But who ranks No. 1 in the Oscar gratitude-meter? No, it’s not HaShem, but rather, a small, bearded Jewish man, responsible for’ Jaws’ and ‘Schindler’s List’.

Yes, with more than twice as many thank you’s than God almighty, Steven Spielberg was thanked 42 times at the Oscar’s podium. Followed not so closely by another powerful Hollywood Jew, Harvey Weinstein.

God was way behind at 20, edging out Martin Scorsese with 15 and Jeffrey Katzenberg.