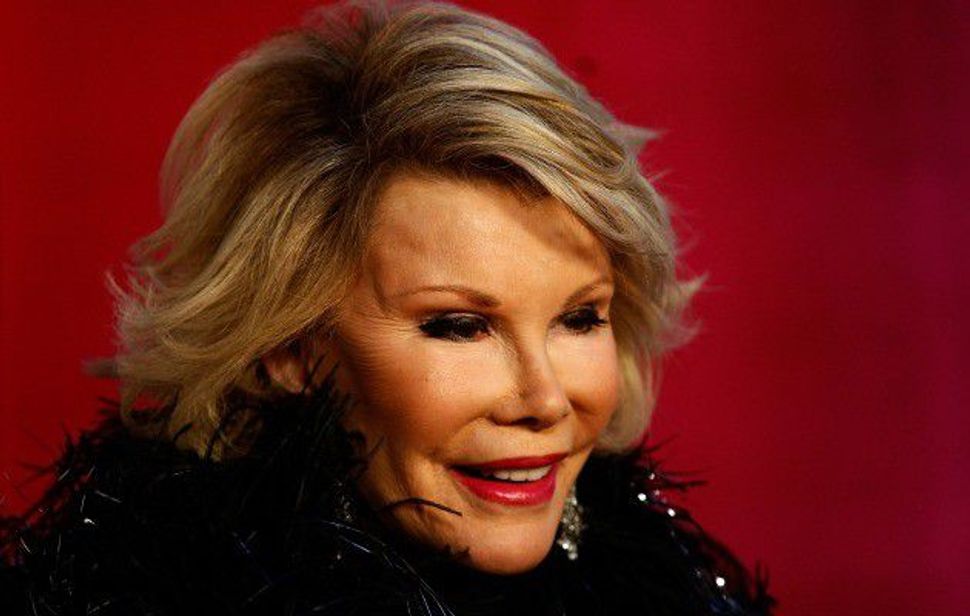 Fans were outraged that Joan Rivers was left out of the Oscars’ “In Memoriam” segment — but her daughter seems to be taking the high road.

“It would have been nice, especially considering the impact she had on the awards season, but Cooper and I have been overwhelmed with support and love over my mom’s passing and we choose to focus on that.”

Rivers paid tribute to her mom — who pioneered the iconic question: “Who are you wearing?” — during her Oscars red carpet coverage on E!

The Academy kind-of-not-really apologized for the oversight, telling The Hollywood Reporter: “After the ceremony was over, a rep for the Academy of Motion Picture Arts and Sciences told BuzzFeed News: “Joan Rivers is among the many worthy artists and filmmakers we were unfortunately unable to feature in the ‘In Memoriam’ segment of this year’s Oscar show. She is, however, included in our ‘In Memoriam’ gallery on Oscar.com.”

Rivers wasn’t the only one snubbed — Jewish actress Elaine Stritch was also left out. Not cool, Oscars.