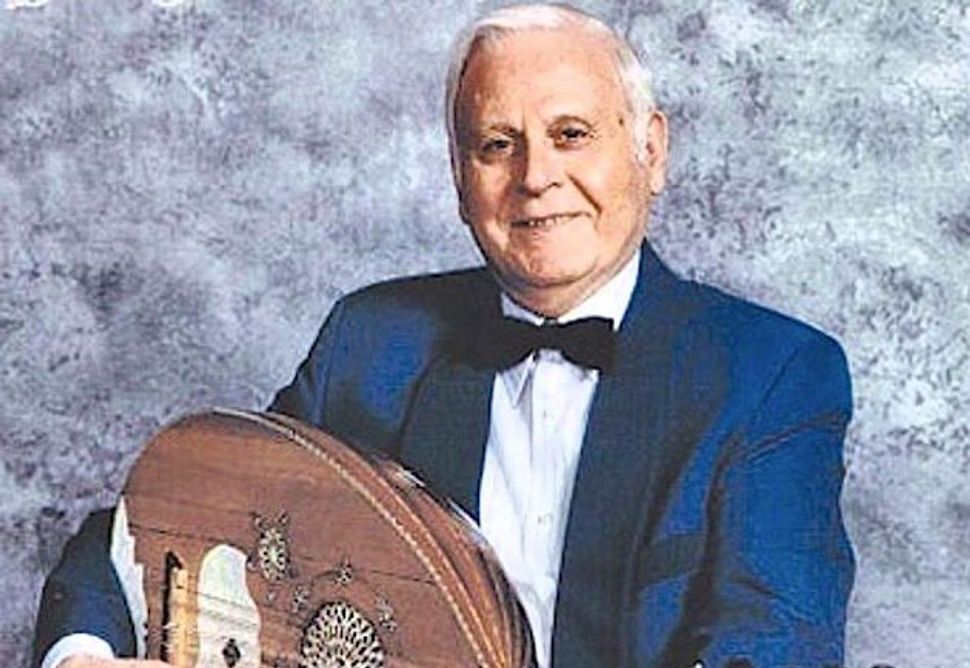 That the pop star and the liturgical giant were the same person has inspired a new exhibition that opened in Montreal February 25.

“Sacre Profane: Samy Elmaghribi” explores the “seemingly opposite” notions of sacred and secular in Elmaghribi’s career; the show also delves into the rich cultural and spiritual life of Moroccan Jewish Montreal.

Posters and ephemera from Algeria, Morocco, France, Israel and Montreal “express Salomon Amzallag’s migration back and forth between these places,” said Stephanie Schwartz, curator of the exhibition and research director of the roving Museum of Jewish Montreal, which organized the show. The singer “was never happy getting cornered into one thing,” Schwartz said. “He was moved by the arts. And he was an observant Jew. But he was still able to tour as a popular singer.”

Elmaghribi’s songs included genre classics like Kouftanek Mahloul — “your robe is open” in Arabic. “In this song, the singer flirts with a woman who clearly belongs to someone else. This song has mythic origins and was rumored to be a response by Elmaghribi to accusations that he was having an affair with a member of Morocco’s royal family. He vehemently denied this and said that in fact almost the opposite was true — it was he who was being pursued!” according to the Jewish Morocco blog.

“Sacre Profane” will showcase content from the Fondation Samy Elmaghribi, which Yolande Amzallag created in memory of her father. “We had started an archival project with his material,” Amzallag said. “When we moved his office, we kept some material in my home. But there are boxes of stuff we need to sort and archive. The Foundation’s project is to sort through the material and create an archive.” With the material she’s collected, Amzallag’s also planning an exhibition with Morocco’s Jewish museum in 2016.

“So many people have paid tribute to his work, including many Muslim ambassadors and consuls,” Amzallag said. “One of them said something really profound — ‘Samy served God with the gift of God.’ Music, to him, was a way to access the sacred.”

To spotlight another aspect of Amzallag’s life — and of Moroccan Jewish Montreal — a pop-up event will recreate Kosher Oriental, the Moroccan-style patisserie the Amzallag family owned in the 1970s. Sydney Warshaw and Katherine Romanow, who host “Jewish food experiences” as The Wandering Chew, will serve Moroccan cigar cookies and other treats at the gallery on February 28 for Nuit Blanche, an annual Montreal arts festival.

With debate still raging in Quebec over Quebec’s Charter of Secular Values — the now-defunct bill that would have banned the wearing of religious symbols by government employees — Schwartz said Elmaghribi’s story also provided a platform to explore what “spiritual” and “secular” mean in her home province now.

“There’s a general misconception of Jews in Quebec,” she said. “The idea of being a secular Jew is hard for them to understand. People only think of Jews as Hasidim.”

With “Sacre Profane,” she also hopes “to celebrate our artists, our history, and offer different pictures of religion. It’s not just this closed, scary thing that causes violence. It can be beautiful.”