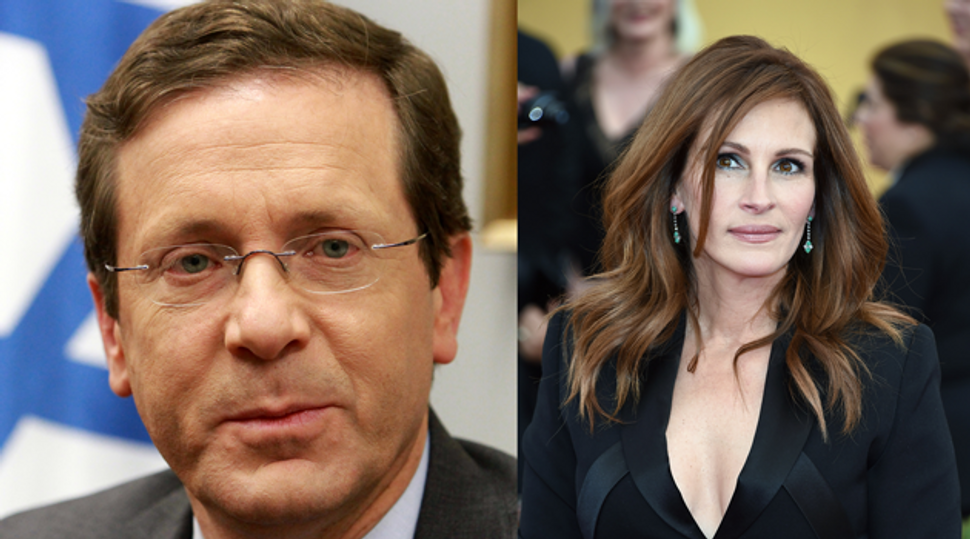 Isaac “Buji” Herzog could be Israel’s next prime minister. As such, he may have some very difficult decisions to weigh on in the near future. But when it come to the ideal woman, Buji doesn’t hesitate. He will happily profess his love for the one and only “Pretty Woman” — Julia Roberts.

“‘Pretty Women’ is the movie I like to watch when I’m having hard times.” he told Channel 10 on Tuesday.

This isn’t the first time he’s declared his feelings for the actress. When asked to choose between the Israeli supermodel Bar Rafaeli and Julia Roberts in an interview for Israeli TV, he made the unfortunately unpatriotic choice:

“I’m sorry, but for men of my generation, Julia Roberts is the ideal woman. ‘Pretty Woman’ is a classic.”

And that’s not all. In an interview for the Knesset channel, Herzog also said he enjoys watching TV with his wife: “We’re really into Sex and the City”.

Well, I know who I’m inviting for my next ice-cream and comfort TV sesh. And if you squint really really hard, doesn’t Buji start to look a tiny tiny little bit like Richard Gere?