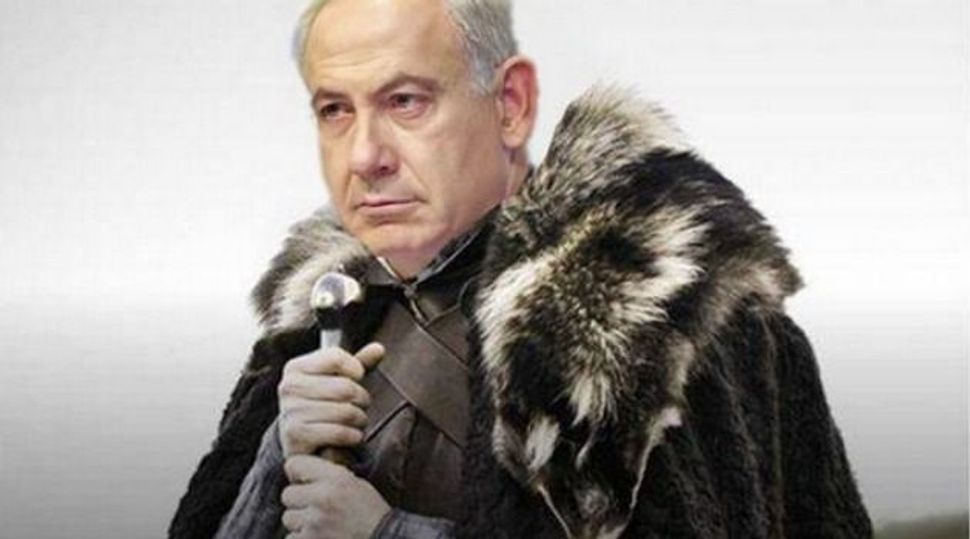 Earlier today, Benjamin Netanyahu expressed “concern” over what impact the high turnout rates in Israel’s Arab communities could have on the election.

So the Hadash party, one member of the Joint (Arab) List responded with an amazing “Game of Thrones” meme. (For those of you who haven’t gotten around to watching this gem of a show — Get to it! — the text plays off an oft repeated quote from the show: “Winter is Coming,” and superimposes Bibi’s head on Ned Stark’s body.)