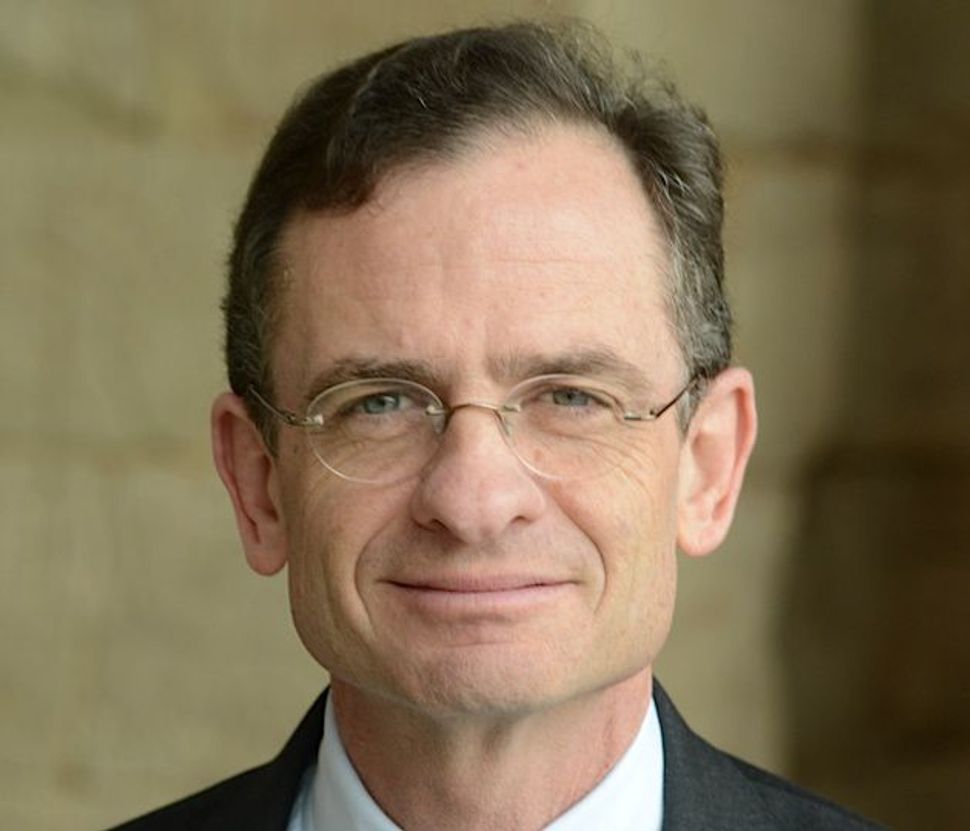 The Metropolitan Museum of Art’s new president is an MBA-toting medieval art historian who links his relentless curiosity and academic passions to his Jewish background.

Dr. Daniel Weiss, who will replace Emily Rafferty in the top administrative job at one of the world’s leading — and largest — arts institutions, told the Forward he grew up “in a culturally Jewish family with no religious tradition, but with a serious interest in ideas, history, and issues of justice, as I have been in my own scholarly and professional interests. It was an environment with lots of Jewish values.”

A onetime management consultant who rose to become president of Haverford College before accepting the Met position, the Newark-born Weiss began his career managing museum shops at the John F. Kennedy Center for the Performing Arts in Washington, D.C. A Yale MBA, Weiss then joined management consultancy Booz, Allen & Hamilton in New York.

Leaving to pursue art studies, he earned a PhD in Western Medieval and Byzantine Art before landing at Johns Hopkins University in Baltimore. “What makes my appointment unusual is the fact that I have significant experience as an art historian and a working scholar,” Weiss said. “It’s a happy marriage.”

After leaving Hopkins as a dean, he became president of Haverford College in 2003, continuing to teach and publish in journals like Art Bulletin, Holocaust and Genocide Studies, and Jewish Art; his books include Art and Crusade in the Age of Saint Louis (Cambridge University Press, 1998) and The Morgan Crusader Bible (Faksimile Verlag Luzern, 1999).

“I’ve been specifically interested in conflicts through religious traditions in the Middle Ages and the Crusades,” Weiss explained. “The teachings of the great monotheistic religions and practices that lead to violence and intolerance — how does that happen?”

The Forward asked about the threads connecting earning an MBA, studying medieval art history, and running a gigantic New York City museum. “They’re very different,” Weiss laughed. “Part of what I’ve pursued in my career is wide-ranging interests. I’m a curious person interested in a lot. My real passion is the history of art in ancient and medieval civilizations. Even with my MBA and administrative work now, I find ways to serve those interests.”

Will he get the chance to steer the museum’s content as well as its day-to-day business and long-term vision? “All of us who serve as leaders there inform our decision making by our values and the alignment of the mission of the institution with our professional skills,” Weiss said. “You can’t do this job administratively if you don’t understand deeply the institution’s core values.”

One of his first challenges will be overseeing the Met’s move this year to the Marcel Breuer-designed building on Madison Avenue that housed the Whitney Museum, itself on the move to Manhattan’s far west side. “It’s an enormous initiative. But there are thousands of others at any point in time,” Weiss said.

Weiss will report to Met director Thomas Campbell. According to its announcement of Weiss’s appointment, the Met employs more than 2,200 people, has an operating budget of more than $300 million, and boasts an endowment of approximately $3 billion, with more than six million visitors passing through its doors in 2014.

“It’s a staggeringly complicated and diverse institution. Goal number one is to advance big ideas, learn about the place, and keep it moving forward. The Met is distinguished by having people at top of their fields,” Weiss said. “My job to coordinate and harness that energy in a unified way. And I have to say that’s a thrill.”