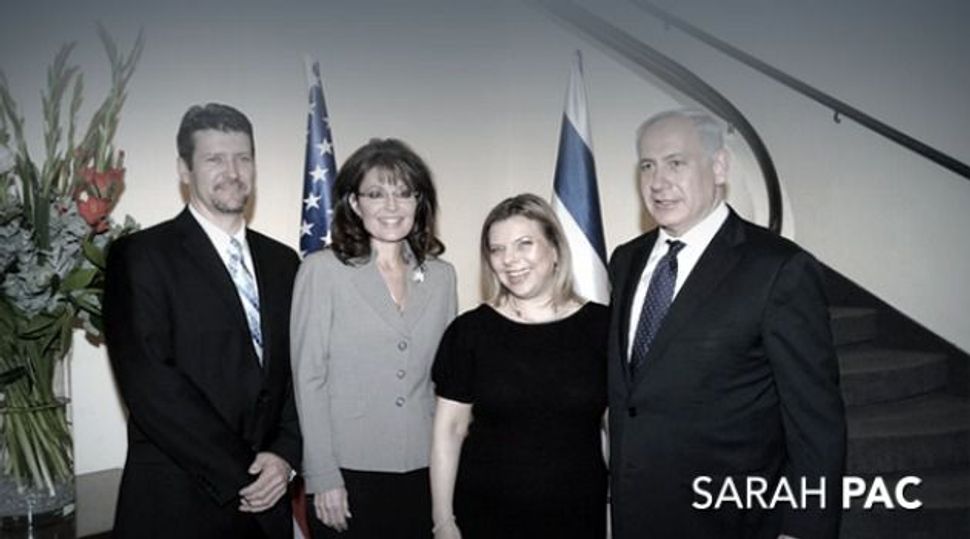 (JTA) — Sarah Palin has not one but two posts on her Facebook page congratulating Benjamin Netanyahu on his reelection. Maybe two makes up for none from President Barack Obama.

In each post Palin says Americans in the heartland “will sleep better knowing Bibi remains the voice of reason and strength in the beautiful nation of Israel.”

Bibi elicits a lot of reactions in Israel and abroad. Sleep, though, has to be a new one.