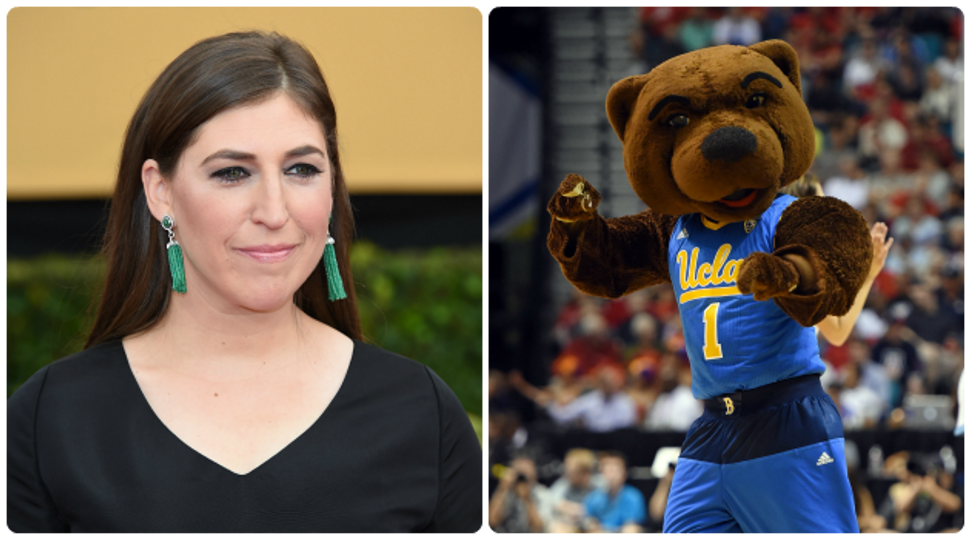 JTA) — The incidents at my alma mater, UCLA, in the past weeks have shaken us all. As a Bruin, to hear that members of the student government were considering not electing a perfectly competent student to a position because she was Jewish is astounding and frightening. As a Jew and a Hillel supporter (having been the product of the leadership education, social and cultural and religious programming provided by Hillel organizations around the world) the accusations and inanity felt way too close to home for comfort.

When fellow Kveller contributor Alina Adams declared that she won’t send her kids to “UCLA or any other anti-Semitic college,” I decided I had to speak up.

Sorry, but it’s true. There is racism, bigotry, hatred, and–yes–anti-Semitism everywhere in the world. We can’t escape it. Not in France, not in Israel, not even in peaceful Denmark. It’s all over the place. As an assimilated Jew in the Diaspora, I accept my position as an outsider everywhere I go.

2) UCLA Is not an anti-Semitic university

It’s simply not. There is nothing anti-Semitic per se about UCLA. Just because there is evidence of ignorance and anti-Semitism, doesn’t mean the university has fostered it or supports it. I’m trying not to get too hysterical about this in general because it’s such an isolated event at UCLA. The global issues campuses are facing, such as ousting Jewish professors (thanks, Durban), not allowing Jewish professors to speak, and other such outrageous offensiveness is not what’s going on in this case at UCLA. (Go Bruins.)

3) The student government has held itself accountable for this incident

The student government just published a statement regarding the events. Most importantly, they note the following:

“… the Undergraduate Students Association Council does not tolerate or accept the behaviors of students, staff, faculty, or administration that infringe upon the safety of another person and/or develop a hostile and unsafe environment.”

“… the Undergraduate Students Association Council, as officials elected to represent all students on campus, strive to be active allies of the Jewish community and pledge to actively seek open lines of communication with the leaders of the organized Jewish community on issues pertaining to their constituency.”

I think about how I would feel if my kid experienced this kind of attack and anti-Semitism as college students and I think I would want to bring down the walls of the university. I understand the frustration and the rage that this incident brings up for us as parents.

However, and I don’t just say this because it’s “my” university: I need to keep this contained as a regrettable and accounted for event that should never happen, but just does. Because that’s the world we live in.

We are passing through dangerous times as Jews. I know it. I feel it every day. But public universities in particular need to remain a safe place for us to go, be, and learn. We get to arm our kids with the tools to take it on.

And I am grateful to Hillel for organizing ways for Jewish students to learn how to fight the fight in the system, because this is where we are, and we will not be silent when this kind of nonsense surfaces. I learned to be an advocate for my people–and all people–through Hillel at UCLA, and I want further generations of Jewish students to feel at home there, both among Jews and when we are not among them.

Kveller is a thriving community of women and parents who convene online to share, celebrate, and commiserate their experiences of raising kids through a Jewish lens. Visit Kveller.com.