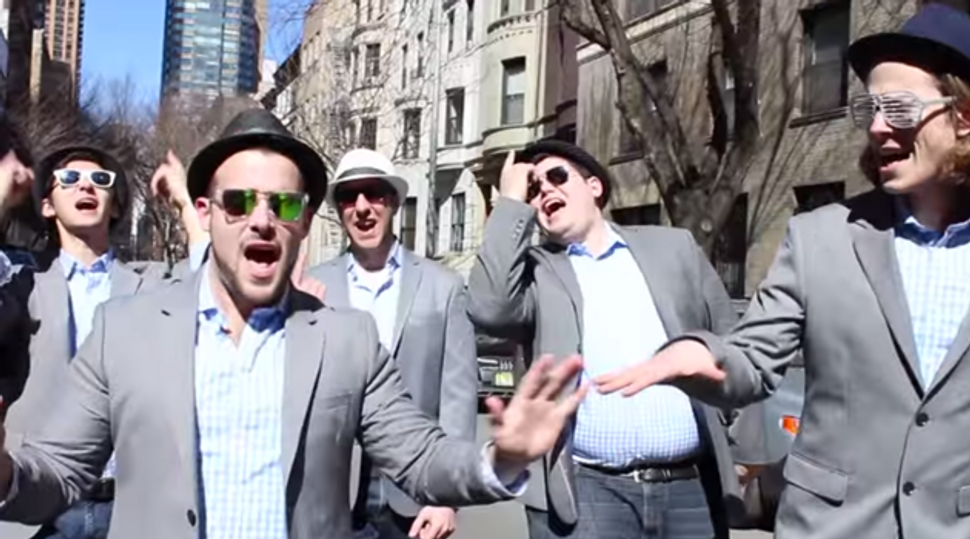 There is yet another Jewish holiday ‘Uptown Funk’ video. This time it’s called ‘Uptown Passover’ (wow, clever) and it’s by Six13, the Jewish a cappella group who brought you the ‘Chanukah (Shake It Off)’ video.

The video is… Ok. Watch it up above and make of it what you will.

As someone who has worked with kids, I have to say, these videos are great to watch during a lull at Hebrew school. It’s the usual white men in sunglasses and suits walking around harmonizing — with maybe a little rap thrown in, you know, for the cool kids — and shots of them wearing silly clothing (women’s tutus or period costumes are fan favorites). The kids laugh at them, or with them, I’m never quite sure. But they usually have fun and they learn, and that’s great.

But it’s been five years since the Maccabeats’ Candlelight went viral, and I have to say, I’ve been hoping for a bit more from my viral Jewish videos. Where are the women? Where are my Jews of color? Why is Israel shortened to Izzy? I appreciate all efforts to make Jewish education more fun (and funky), but surely it can also be more diverse and even more innovative.