‘The Dovekeepers’ Turns Masada Into Melodrama 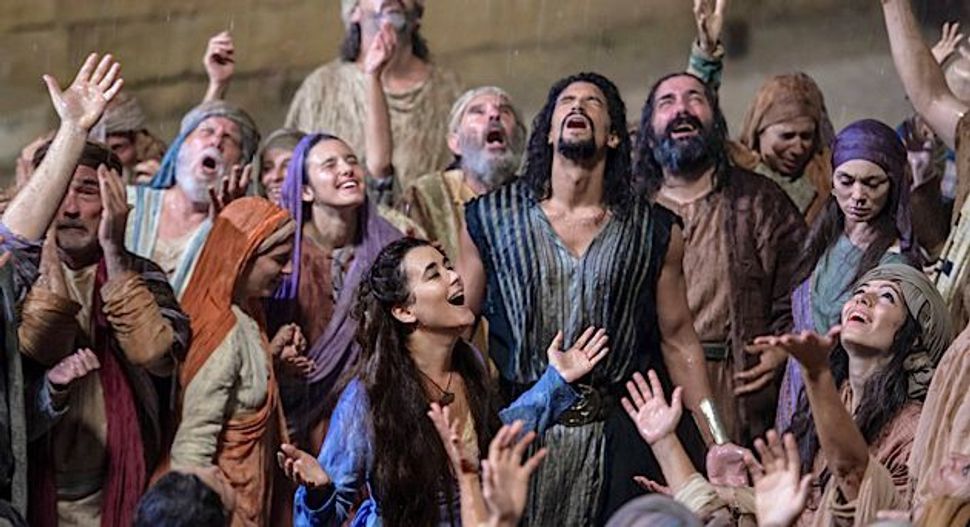 It’s hard (and probably not kosher) to make a silk purse out of a sow’s ear.

That’s largely the problem with CBS’s “The Dovekeepers,” airing March 31 and April 1. The filmmakers based this disappointing limited edition series on the best-selling Alice Hoffman novel of the same name, which chose to interpret the tale of Masada as a soap opera. An over-the-top, overwrought soap opera.

Masada is one of the most inspiring stories in Jewish history, an example to many of great martyrdom and courage. A companion documentary, “The Siege of Masada” (airing on the Smithsonian channel), calls it the “Alamo of the ancient world.”

That’s a flawed analogy, since the folks in Texas actually died fighting. But the point is that Masada is so ingrained in the Jewish psyche, it deserves better than this production.

Most of what we know of Masada comes from the writings of Josephus, a Jewish-born historian who wrote “The Jewish War.” For many years there was some question about its veracity, until the actual site of Masada was identified in the mid-19th Century. Still, discrepancies remain. Only a few bodies — the count varies depending upon the source — were found, not the 960 who supposedly died there.

Still, whether Masada is legend or history, there is enough here for an intelligent book and film. Hoffman decided instead to make it a melodrama. At its center are five women, the title dovekeepers of a 500-page opus. Even given four hours to play with, that was too large a canvas for television. Filmmakers Roma Downey and Mark Burnett needed to make substantial cuts. In the mini-series, we’re down to two women, both survivors of Masada, who tell Josephus what happened.

As Josephus (Sam O’Neill), says: “Never forget. You are my prisoner and you will remain so until I hear the whole story.” 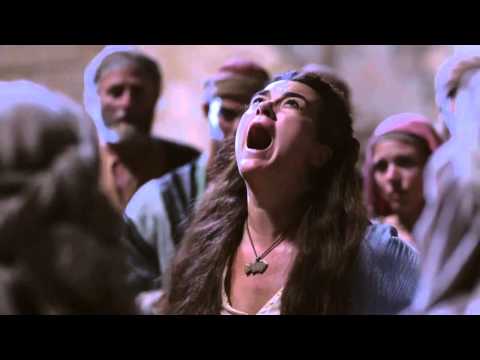 The women are Shirah (former “NCIS” Mossad agent Cote de Pablo) and Yael (Rachel Brosnahan). Shirah is tattooed, which means she is a prostitute or a witch or both. It’s not entirely clear. Yael’s father hates her because his wife died when Yael was born.

Both women share a thing for married men, allowing for the maximum titillation possible on broadcast TV.

But more than the number of dovekeepers needed to be cut. And when Hoffman’s tale was further boiled down for the little screen it resulted in unexplained lapses in narrative flow. For example, Shirah’s husband in the first episode disappears without explanation in the second.

We learn unexpectedly that Shirah and her daughter were raped by bandits. Thankfully, the daughter repressed that memory, prompting her to ask: “Is that why you made me live as a boy?”

Yes, Shirah replies. “I vowed no one would hurt you like that again. And so I changed your name and decided you would be a boy. To save you from the fate of women.”

What should have been cut is dialogue of this sort, which is repeated throughout the film. In its place, someone might have explained why the Jews needed so many doves at Masada that five women (in the book) and two main ones (in the film) were needed to take care of them. (“The Siege of Masada” documentary suggests that the doves were kept as a food source and that their excrement was used as garden fertilizer.)

Or someone might explain why, after commandant Eleazar ben Ya’ir passionately argues that death is better than capture, he tells his girlfriend Shira that she needs to escape so the story of the martyrs lives on.

In a note to critics, Roma Downey wrote: “With so much persecution around the world, it is our hope that project like “The Dovekeepers” will provoke meaningful discussion amongst viewers about religious tolerance.”

The sentiments are great; the execution — no pun intended — is not.

In this holy season, it’s hard to spend time in front of the TV without seeing religious programming. Between “Killing Jesus,” “The Dovekeepers,” “The Siege of Masada,” and the Easter Sunday debut of NBC’s “A.D.: The Bible Continues” (replete with tagline: “The crucifixion was only the beginning”), it’s a great time of year for people who prefer their Bible lite.

‘The Dovekeepers’ Turns Masada Into Melodrama