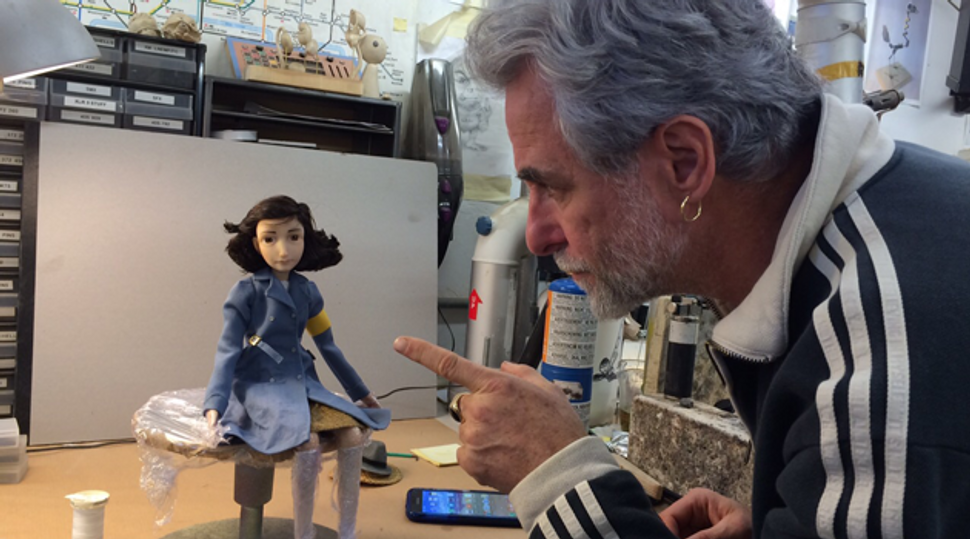 An Anne Frank animated movie would’ve sounded like a terrible joke to me in the past. In fact, “Saturday Night Live” made that joke in the 90s.

But to hear that Ari Folman, the director of “Waltz with Bashir” and [The Congress], who also shares Anne Frank’s initials (AF), will be directing an all-ages adaptation of the Holocaust victim’s story, well, I can hardly think of more capable hands.

When I saw exclusive pictures on Yair Raveh’s cinema blog on Mako, from the set of the two test shots for the project, I could hardly contain my excitement. I’m imagining “Pan’s Labyrinth”-meets-“Bambi”-meets-Tim Burton’s full feature animated films?

The movie was announced back in 2013 and Folman was given full access to the Anne Frank archives worldwide. Folman has sworn off making animated features for mature audiences, so families are welcome.

According to Folman, the movie will focus on “Kitty”, Anne Frank’s pet name for her diary entries. He re-imagines her waking up in present day Amsterdam, in the Anne Frank House, taking her diary and following its events.

It seems like Folman’s film could be either stop motion or 2D animation on photographic constructed stop-motion backgrounds, depending on the funding the project receives.

For the 2D animation, Folman is back with the masterful Yoni Goodman and David Polonsky, while the 3D stop motion test was shot with Andy Gent, who has worked on “Fantastic Mr. Fox” and Tim Burton’s “Corpse Bride.” Either way, this movie is bound to be eye-candy galore for us, animation loving grown-ups.

But if it as great as it is starting to look, I’m sure it’ll also be an incredibly important and marking movie for younger audiences.

More than just getting children to learn about the Holocaust in a constructive age appropriate way, it’s also a way of not shielding them from tragedy and sadness. They are vital parts of life, and so many saccharine and condescending children’s movies and books pretend like they don’t exist, try to brush them under the carpet.

If there’s anything I can expect from Folman, it is honesty and openness. I know this film will not try to mollycoddle children, and will get away with as much of the rawness of Anne Frank’s sad and wondrous tale as it can, immortalizing it for a new generation of young ones.

It’ll be years before the movie comes out, and Folman is likely to release other full feature live action movie before. I’m sure many of us will be waiting, avidly and patiently. I know I will.

Here are some more photos from the test shoots:

Andy Gent in the studio with ‘Kitty’

Anne Frank’s family hearing of the war on the radio