Gerald Davis Showed the Strange Side of Celebrity 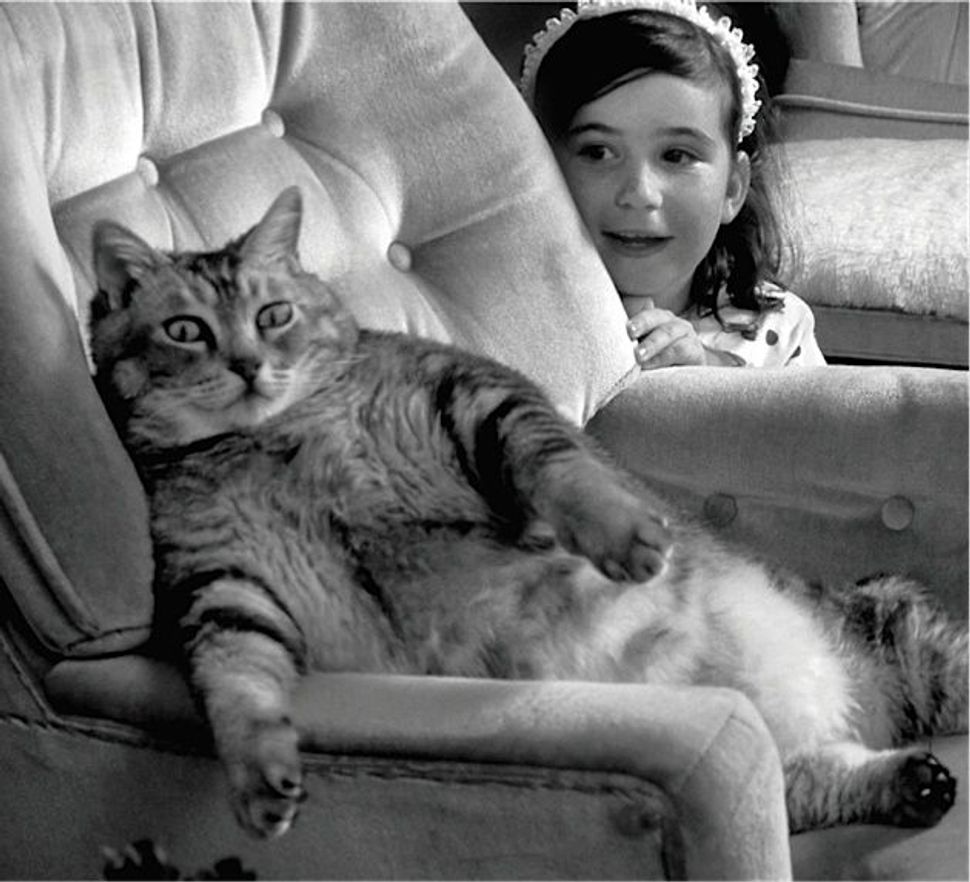 Nearly 18 years after his death, photographer Gerald Davis is finally coming into focus. A new collection of his photos, “Strange Stories,” (AMMO Books, $39.95) presents the world through Davis’ unflinching eyes, from hyperstimulated Palm Beach socialites to gleeful nudists to moribund celebrities. Todd Oldham, the designer and TV talking head, edited the book. “Looking at the images invites more questions than answers,” he writes in his introduction. “They are often subtle yet revealing in unintentional ways.”

Though his photos teem with commentary, Davis let subjects speak for themselves, approaching work as a journalist more than an artist. “I can only speculate, but as a visual artist myself, there’s a lot of power in taking a look at what’s around you and getting a kick out of it for what it reveals about itself,” said Vanessa Davis, Gerald Davis’s daughter and an award-winning cartoonist and illustrator based in Los Angeles. “You don’t have to force anything. You’re just showing what’s there. And it’s nuts, usually.”

Davis’s parents moved from New York to Florida in the 1970s. “My dad wasn’t as into Judaism as my mother was. She felt a lot of pressure. Even though Florida has a humongous Jewish population, she panicked — ‘What have I done, moving to this place with people driving pickup trucks and Piggly Wiggly everywhere?’”, Davis laughed. “But my father was a very Jewish person, in his own way. He was very New York, very worldly, and loved a lot of Jewish cultural pop things. But he never really sought it out for himself personally the way my mother did.” Karen Davis ended up running the Palm Beach Jewish Film Festival until 2011.

“He was really fulfilled by his work,” Vanessa Davis said. “He got a lot of… I wouldn’t say spiritual fulfillment, because he wouldn’t say that, but I imagine that he did. He would feel really proud of his work and his photos, and he loved getting to travel the world, having access to all these weird things — famous and glamorous, and also small and gritty.”

That dichotomy created a singular body of work. “The images in Strange Stories make a strong case for Gerald Davis as a unique and under-recognized talent, a keen observer of mid to late twentieth-century American life with a wry, playful sensibility that falls somewhere between William Eggleston and John Waters,” gushed The Paris Review. Gerald Davis died in 1997. Vanessa Davis talked to the Forward about some of her father’s most striking images.

Vanessa and the world’s fattest cat:

“I think I was 6 or 7. I went on a shoot with my dad. He would make gestures of having me assist him — which I didn’t do, but at least I didn’t get in the way. He brought me along whenever it was fine to bring a child along. He shot a guy who owned the fattest cat in America, some exotic pet guy who also had a giant macaw and this cat. I was disturbed — I hadn’t thought about being fat except in a cartoony way. Ming was suffering from how fat he was. He was wheezing and couldn’t walk.”

“Not all of his celebrity pictures are flattering. If they’re glamorous at all, it’s because the person is glamorous, like Diane von Furstenberg. Elizabeth Taylor is glamorous, but seems kind of miserable in this picture. It’s hard to know. I remember as a kid being disappointed because he seemed to do a lot of celebrity photos — Kim Basinger’s mother, or Simon LeBon’s mother, which was so weird — and I couldn’t wait for him to photograph someone I really wanted to see. And it never happened. He’d shifted away from celeb photography by the 1990s.”

I felt like my dad’s pictures were almost too clear. I grew up in Palm Beach County. Once, our synagogue hired Mort Kay — a really popular society photographer — to take pictures of me and another girl getting confirmed. We looked so pretty. But when my Dad took my picture, it revealed too much of what I really looked like. And when he took pictures of Palm Beach parties, his photos always came out differently. He referred to himself as a journalist. His priority wasn’t to make people look good or bad. It was to present them as they are.”

“They used to have a company called Celebrity Heads. This was one of the portraits my dad did for a book he worked on about the Palm Beach social scene. It was going to be called “Black Tie Paradise.” The book was about that world and the people behind the scenes involved in putting together this whole part of Palm Beach life. I always thought bar and bat mitzvahs I went to were over the top. But my dad would go to a party almost every night in Palm Beach, and there was a lot of crazy creative capitalism involved in these parties. I’m guessing the Feinsteins made these celebrity heads so you could hire Liza Minnelli to come to your bar mitzvah.”

“This comes from a series of pictures my Dad shot of allergy testing — weird lab photos and allergy effect photos. They are really strange. Now that I’m making a living as commercial artist in a post-Internet time, when content doesn’t cost anything, you can get desensitized to crazy images. We’ve all seen psychedelic, surrealist, whatever. It’s sometimes hard for content to really make a mark. Todd Oldham, who came on board to edit this book, works in fashion, design, art, all these things. He’s seen a lot. But was still blown away by these images.”

“I don’t know who this girl was. I guess she was a big winner in a lot of these beauty contests, this competitive personality. She wants to be glamorous, at the top, but she’s also just a little kid. What’s driving this competition? You? Your parents?”

“Does this connect at all to Jewish Palm Beach? Well, I grew up in West Palm, which is a little different. And I don’t know if this girl’s Jewish. But we were all encouraged to be special, to stand out, and to win. Going to a Jewish school, we were told we’re the chosen people, we could do anything, that we’d been tested by people who’d hated us and now could do anything we wanted. There was definitely that vibe in the community growing up.”

“My dad thought that the whole quest for glamour in Palm Beach was really funny. Everyone was trying to be really glamorous. But he thought a lot of it was really tacky, which I think as well. Florida is silly. You go to an event, all dressed up. It’s 89 degrees, 80% humidity, and you’re drenched in sweat, with your ankles swollen. It’s not glamorous. It’s a place that’s trying to be habitable. As much as I love it, it always brings you down a level. It has a way of bringing out man’s humility. That thing — the Florida humiliation — is only heightened in Palm Beach because they’re trying to be so fancy.”

“A quintessential Gerald Davis photo. My Dad must have thought she looked like a mermaid. He’s a really formally minded image-maker. This is a visual pun. That’s why he took this picture.”

“I think he loved Florida. He wore a bathing suit while he worked at home. He loved nature. But had a New Yorker’s impatience with tacky, bad, or stupid people, which there are tons of in Florida. He loved our house., and loved being home. But he also loved his work. It seems to me he had the perfect balance, which I can only hope to have one day myself.”

Gerald Davis Showed the Strange Side of Celebrity