Jewish Dermatologist to the Stars Found Dead in Miami 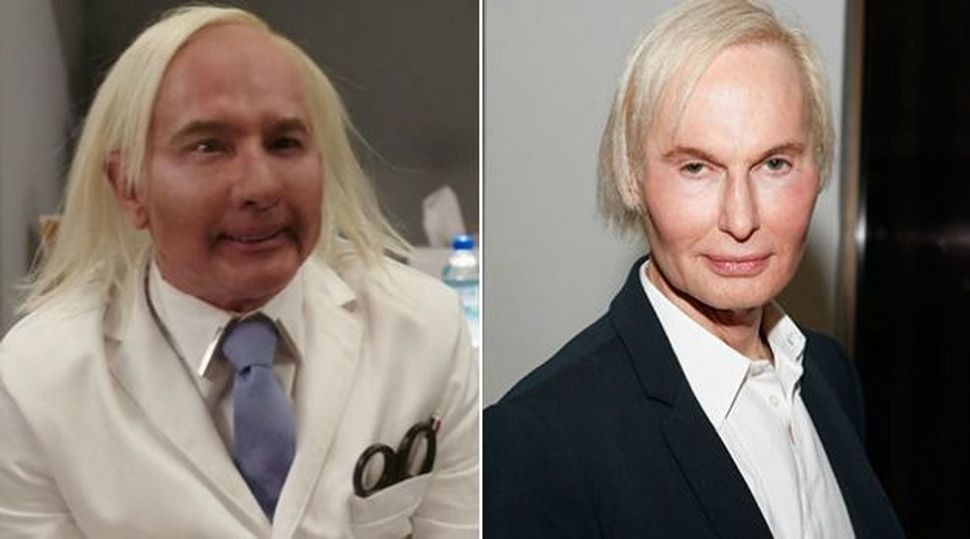 Dr. Frederick Brandt, Jewish cosmetic dermatologist to the stars, was found dead on Sunday in his Miami home.

His publicist, Jacquie Trachtenberg, confirmed the death to The New York Post: “He passed away this morning. He was suffering from an illness. Everyone who knows him is devastated… I worked with him for over 20 years and he was an amazing man, not only was he a brilliant doctor, but he was the kindest human being.”

Though the circumstances of Brandt’s death are still unclear, it has been suggested that the doctor was upset at a character in Netflix’s “The Unbreakable Kimmy Shmidt,” thought to be based on him.

The comedy series has Martin Short in the role of Dr. Sidney Grant — pronounced “Franff” — an earily smooth-skinned dermatologist whose practice is basically an excuse to revel in the excess of Botox that he shoots into indiscriminate body parts.

Gawker points to tweets by Miami Herald blogger Leslie Abravnel, who wrote that Brandt was “devastated,” by the comparison.

Dr. Brandt’s publicist says he was suffering from an “illness”. Sources close say that illness was depression.

In a March 2014 profile in the New York Times, Brandt admitted that he experimented with Botox and fillers on himself, leading to his trademark baby-smooth skin — almost translucent over overinflated cheeks. This, combined with his smooth buttery-blond hair, gave him a somewhat alien-like appearance.

According to the Times, people often asked Brandt if he was from Sweden. “Actually,” he replied. “I’m a Jewish kid from Newark.”

Jewish Dermatologist to the Stars Found Dead in Miami