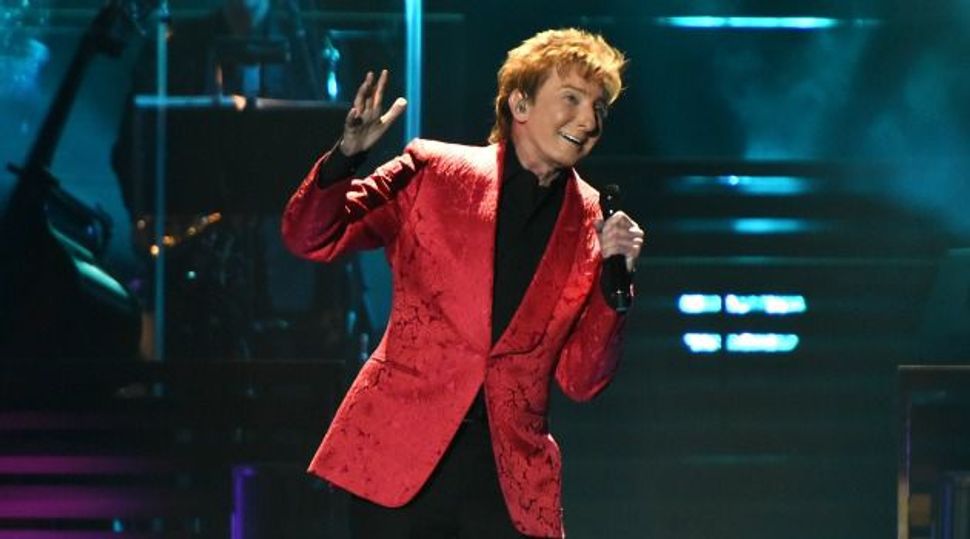 If you’ve got a secret to keep, Barry Manilow’s your man.

The Jewish crooner has reportedly married his longtime manager Gary Keif in a private ceremony. The catch? The pair managed to keep it under wraps for an entire year.

People Magazine reports that the surprise wedding was attended by “20 or 30 guests” who were originally told they were attending a “lunch.” The couple did not actually sign any paperwork, but have been wearing wedding bands to show their commitment. “They have a great relationship,” a very reliable secret source told People. “Garry has always been there for Barry.”

According to the National Enquirer, Suzanne Somers acted as best man. (Just imagine that dance party — who needs the horah when you’ve got “Copacabana”?)

News of the nuptial has come as a shock to certain fans, who were apparently unaware that their favorite singer was gay. Haterz gonna hate. Barry doesn’t care.

“He’s at a point now where he’s got his career and personal life in a great place and he really doesn’t care what people think,” the same source told People. “He’s in love and happy.”