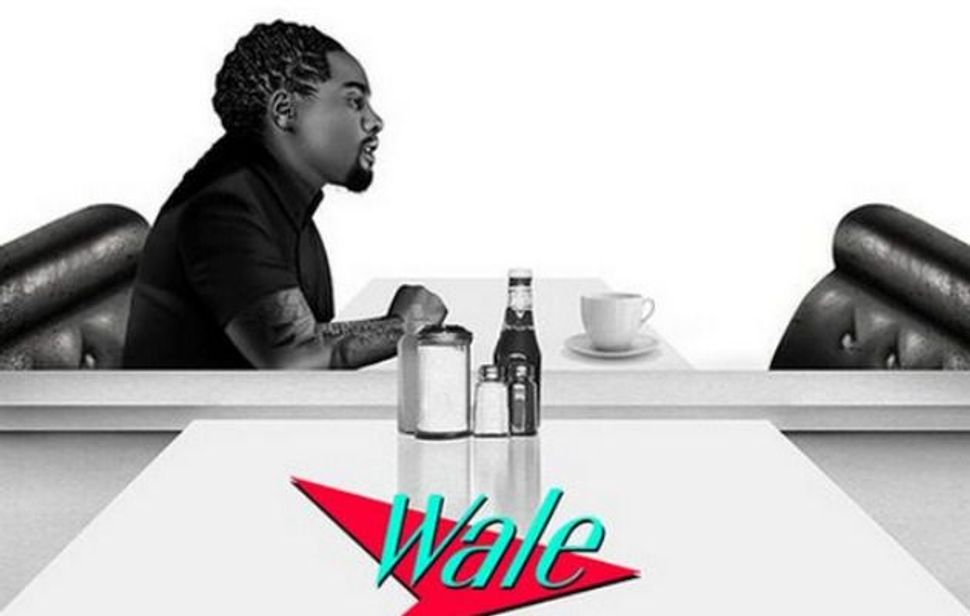 Mazel tov to Wale and co-conspirator comedian Jerry Seinfeld! The rapper’s newest record, “The Album About Nothing,” inspired by the canonical sitcom of the ‘80s and ‘90s featuring Seinfeld himself, debuted at No. 1 on the Billboard 200 chart this week.

Between physical copy purchases and digital sales and streams, The Album About Nothing totaled 100,000 movements in the week ending April 5, according to music sales measurement service Nielsen Music. Throughout the album, Seinfeld contributes both original and sampled spoken-word segments. In fact, The Album About Nothing’s newest single “The White Shoes” opens with a monologue by Seinfeld about when a lady once stopped him on the street to tell him, “I’m glad you’re stickin’ with the white shoes.” Wale chuckles in the background, and as the synthesizer keyboard chords begin to fade, he launches into his own narrative about bein’ fly in white sneakers.

The unlikely pair has actually worked together since Wale’s 2008 effort, “The Mixtape About Nothing,” and their friendship reached the critical masses through Complex’s 2014 cover story. That collection of samples and tracks on “The Mixtape” used Seinfeld episode titles as inspiration and actress Julia Louis-Dreyfus, who played Elaine Benes, even had a shout-out on tape.

Wale’s fourth studio album The Album About Nothing is available now via Maybach/Atlantic, yada yada yada.