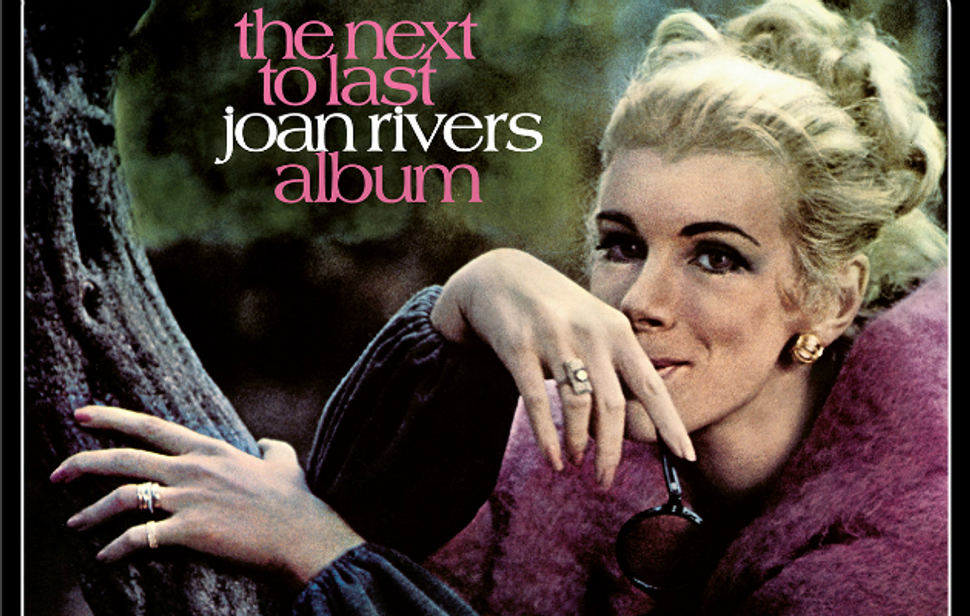 Courtesy of Stand Up! Records

April 18 is National Record Store Day. To celebrate, Stand Up! Records is rereleasing a rare and long out of print Joan Rivers album.

“The Next to Last Joan Rivers Album” was recorded in 1968 during a New York City cabaret performance. The newly remixed and remastered album also comes with an eight-page booklet including notes by comedy historian Kliph Nesteroff and photographs by Look Magazine’s John Shearer, as well as a tribute piece by Sarah Silverman.

In an essay titled “Unfinished,” one brassy lady of comedy remembers another. Here is an excerpt:

Joan Rivers was a comic to the marrow. She was hardcore and tough as nails, but inside there was this soft, gooey, giant-hearted, uber sensitive inner core. And whether we knew it or not, that’s what we loved about her.

I once went to Melissa’s house to shoot Joan’s web series, “In Bed with Joan”. Joan made me hide in her closet until she introduced me. In the closet was this hideous coat – it was big and bulky and grey, half shag yarn, half fake fur. I said, “Joan this is the ugliest coat I’ve ever seen.” She said, “It’s not ugly, it’s beautiful! It’s Topshop!” My punishment for not appreciating her coat was I had to keep it. She gave it to me. When I got home I put it on. I put my hands in the pockets. They were filled with crumpled tissues and mints. I knew I would never throw them away. They were in those pockets to stay. And I cherish that coat. Because she’s right. It’s beautiful.