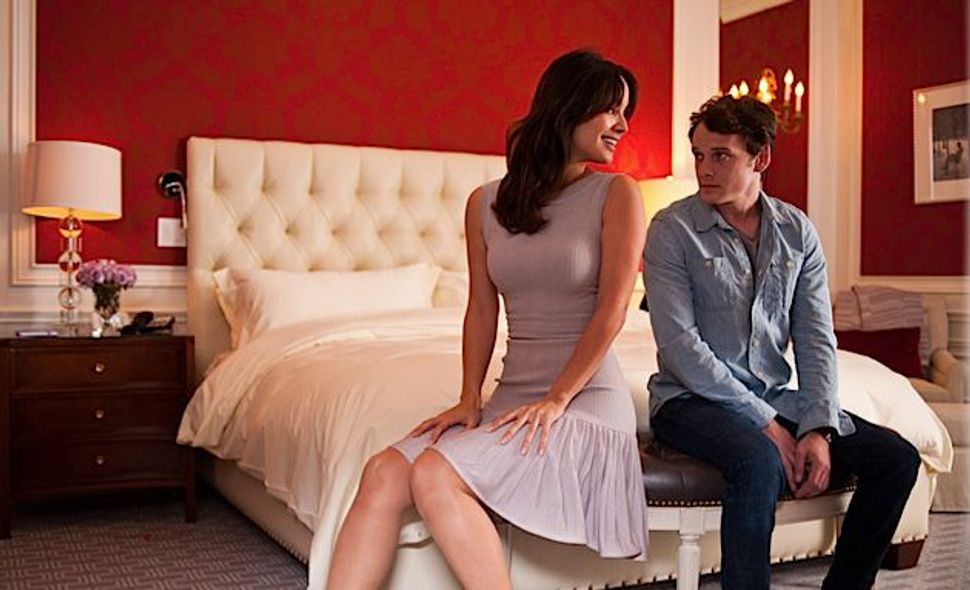 Anton Yelchin is on a roll.

His film, “5 to 7,” opened April 3, and another, “Broken Horses,” opened April 10. The 26-year-old started acting when he was just 9 years old. He’s appeared in over 40 films plus assorted TV shows since then. But stardom — at least in the traditional sense — has eluded him.

“I don’t really know what that means,” he said on the phone from Los Angeles. “If you define being a star as meaning work comes easily to you, you’re offered more opportunities, that’s definitely true for more successful actors and that’s nice.”

“But stardom is such a vague term. In the classic Hollywood period there were truly movie stars. The idea of a star mythologizes their existence in the sense that they are far away and unavailable. That was the myth of the classic Hollywood studio system to create these identities. But today where everyone has an Instagram account and every bit of information is available online, the idea of a ‘star,’ I don’t think about it.”

I suggest that he might in fact be avoiding it purposefully. He’s had big roles in big films: playing Chekov in the two most recent “Star Trek” movies and Kyle Reese in “Terminator Salvation.” These parts almost certainly put him on the frontal lobes of directors and audiences.

But rather than follow-up with a tentpole film, he took roles in small independents. “I don’t think I’m really doing things consciously,” he explained. “It’s just the way things work out. Opportunities go away and then they come back for me. The only thing I’m doing consciously is trying to vary the roles I do and build characters that are true.”

He certainly does it in “5 to 7,” playing Brian Bloom, a would-be writer who papers the walls of his apartment with rejection slips and finds solace when an editor appends “sorry” to one of them. Walking in Manhattan, he spies Arielle (Bérénice Marlohe) and walks across the street to meet her.

She is the wife of Valéry (Lambert Wilson), the wealthy French consul, and the mother of their two children, something Bloom doesn’t discover until he’s hopelessly entranced. The two begin an affair between the hours of 5 and 7, when Arielle is available — but it’s not a tawdry American-style arrangement.

Instead, it’s very French and very civilized. Valéry has a mistress and they all get together at a fancy dinner that includes Julian Bond, chef Daniel Boulud and maestro Alan Gilbert as guests. But it’s a world with rules of public behavior.

Arielle explains: “People can see us together. I can take your arm. But I can’t kiss you good-bye.” And there is no future beyond 5 to 7. 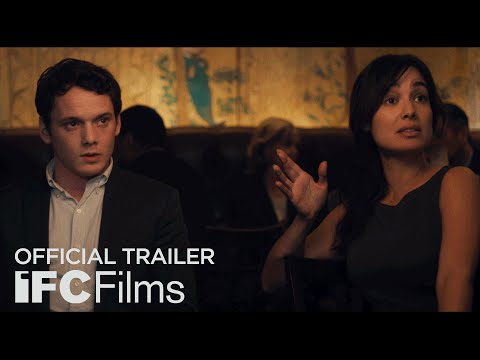 Nor did they leave the Soviet Union because of anti-Semitism. They left several months after he was born in 1989 “because they didn’t want me to grow up in a Soviet Union that was falling apart.”

I asked if playing this role was easier for him because like Bloom, he is Jewish. “I think if Brian wasn’t Jewish I would still relate to him,” Yelchin said. “I don’t like to lean too heavily on Brian’s Jewishness. All Jews are different. I’m a different kind of Jew from Brian. There are many different kinds of Jews.”

I bring up what I thought was a very funny scene, where Brian’s parents, Sam (Frank Langella) and Arlene (Glenn Close), come in from the suburbs to meet Arielle at the posh Carlyle Hotel. Sam is late because he’s searching for a parking spot to avoid paying for a garage. Arlene claims to have back problems and is unhappy with the chair. When the waiter can’t provide a substitute she says she’ll stand.

Was Yelchin at all uncomfortable during the filming of this scene? He doesn’t understand the question. I explain that perhaps it’s a generational difference, but I’ve long felt those stereotypical jokes about Jews are funny — when told by Jews to Jews. Told to non-Jews, well, not so much. It’s a subject I’ve brought up in other interviews under similar circumstances, and frankly never found a sympathetic ear.

Yelchin thinks for a second and says “I agree with you.” He pauses and says. “I agree.” He pauses again. “That’s all I can say.”

After the celebrity filled dinner at Arielle and Valéry’s townhouse, Brian and Jane (Olivia Thirlby), Valéry’s mistress, share a cab. Brian is attempting to wrap his head around both their affairs, and she says: “Life is a collection of moments. The idea is to live as many as you can.” Brian response: “I was taught there are no free lunches. One day, the rent comes due.”

“Who raised you,” she asks.

Yelchin has been quoted as saying “guilt is a very important part of my personality.” It turns out the quote was accurate.

“There are two things at work here, history and genetics. The history of Eastern European Jews, Ashkenazi Jews, has not been very pleasant. And I’m not just talking about World War II, but centuries and centuries of oppression and pogroms. If you are a product of that environment, it is a very big part of who you are. That’s not to say it’s all you are, but it is a part.”

Perhaps that’s why he turned down at least one film role. “It was a genre film based on kabalistic ideas. I just felt the kabala shouldn’t be in a genre film. But a non-Jew might have made the same decision. I made that decision because coming from a Jewish background I have respect for kabala. But others might very easily have made the same choice.”