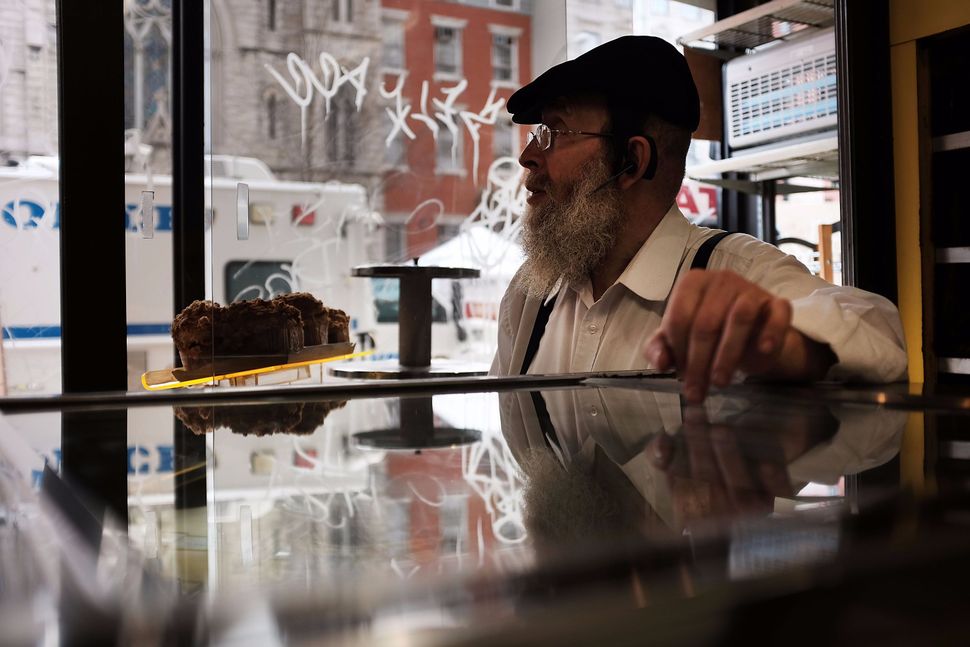 Moishe Perl surveys the wreckage in his neighborhood. Image by Getty Images 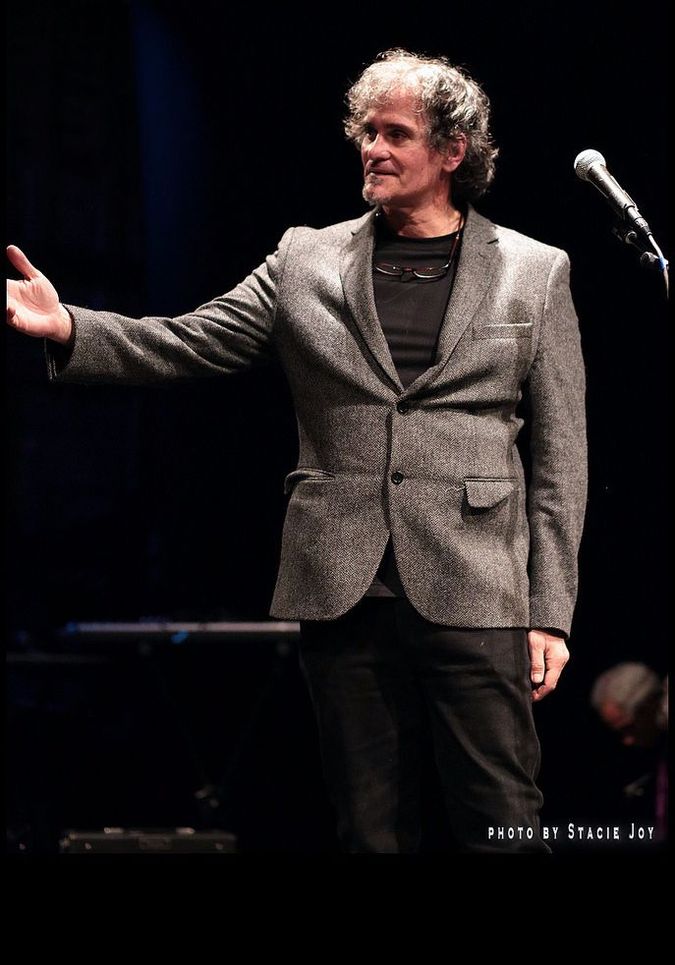 For days after the disaster, Alan Kaufman says, he felt compelled to look at the ruins. Gazing at the aftermath of the March 26 explosion on Second Avenue and Seventh Street that killed two people and destroyed three buildings on the Lower East Side of Manhattan, he remembered how terrifying it was when he was homeless in the 1990s. He says he wanted to do something to help the victims and his beloved, culturally rich neighborhood.

Kaufman, the great nephew of Forward founder Abraham Cahan, and author of the memoir “Jew Boy,” which chronicled his struggles as the son of a Holocaust survivor, decided to organize a benefit at Theater 80 at 80 St. Mark’s Place. His first phone call was to Patti Smith, whose work is included in Kaufman’s anthology “The Outlaw Bible of American Poetry.”

“She stands for all the things the East Village stands for,” Kaufman told me.

At the benefit, held on Sunday, April 12, Smith consoled the crowd, saying, “When I was getting dressed to come over here, everything I put on — my socks, a clean T-shirt — I was thinking about people who now have nothing. They’ve lost everything. My point is, I realized every little thing I touched, my children’s pictures, my favorite books, I imagined what it’d be like to leave and come back and [find] everything is gone, and perhaps my beloved cat. We do need certain things.” She added, “I’m so happy that mostly everyone survived, but my thoughts are with them.”

“Activism really begins with just being a good neighbor, that’s really all it is,” Smith said.

Lorcan Otway, who is the owner of Theater 80 and who has lived for 51 years at 80 St. Mark’s Place, donated the use of his space — a former speakeasy where Frank Sinatra once performed and Billy Crystal ushered. He said the tragedy “was so close it shook the building.” But “whether it’s an explosion or an eviction,” the neighborhood is being threatened and Otway insists that “what’s built there has to fit the neighborhood and the tenants have to be allowed to move back in.”

“This used to be a very strong, working class, Jewish community. It was a rich mosaic. We’re losing that,” Otway said.

Guitarist Lenny Kaye, who accompanied Patti Smith, has also lived in the neighborhood for half a century and can see the buildings’ ruins from his fire escape. He lamented the disappearance of an important corner. Penn Badgley, an actor from “Gossip Girl,” who also played musician Jeff Buckley in the film “Greetings From Tim Buckley,” performed with his band Mothxr. Badgley was on Second Avenue at the time of the explosion. Speaking after his two-song set, Badgley, 28, said, “The details are hard to remember because it was so surreal.” What he does recall, is a loud “pow,” after which the normally teeming street became “incredibly quiet.”

Kaufman’s event raised approximately $50,000, including a reported $36,000 contribution from Sting. The money goes to Good Old Lower East Side, a nonprofit that is aiding displaced residents, and whose personnel served as first responders to the blast.

Kaufman says he plans to organize another fundraiser featuring classical musicians, and says he remains optimistic about the neighborhood.

“So many young people come to the East Village looking for what I was looking for… the Beats, the hippies, politics,” he said.