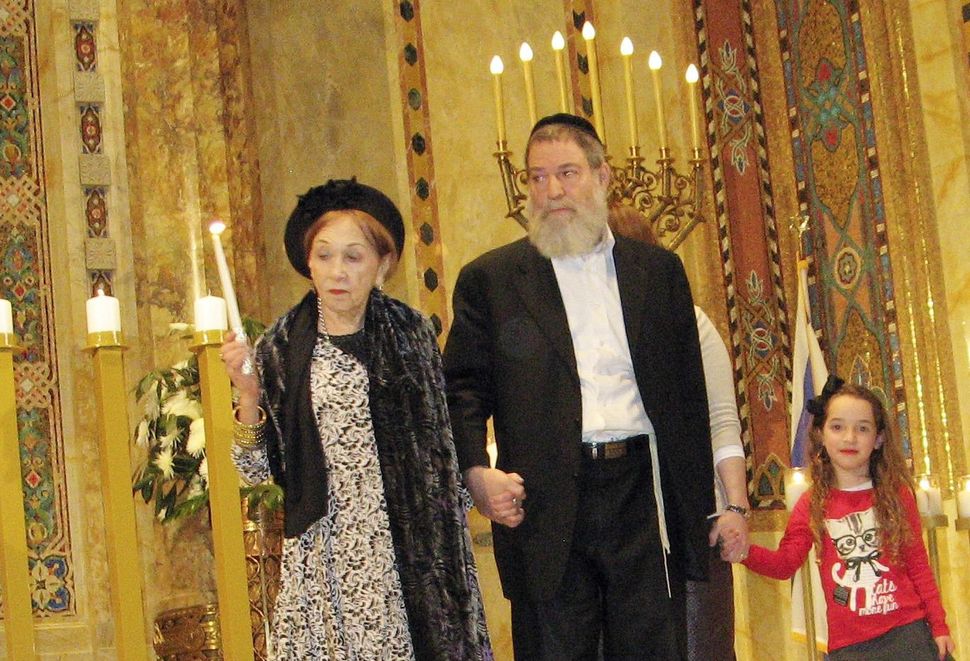 Holocaust survivors who decades ago launched “ The Annual Gathering of Remembrance” — New York City’s largest and older Holocaust commemoration — could not have imagined that 70 years after their liberation anti-Semitism in Europe would once more be a primary concern for Jews worldwide.

“This has been a tough year for Jews all around the world, said Ido Aharoni, Israel’s Consul General. “The ugly stains of Anti-Semitism resurfaced again — mainly in Europe—and most recently in France… After the attacks in Paris it was the French Prime Minister who said, “If Jews will leave t his country, France will no longer be France.’”

Sharing the memory of 17 members of his family machine-gunned on their porch by Nazis, N.Y. State Senator Charles Schumer declared:” You must speak out whenever Anti-Semitism rears is ugly head. Addressing the issues of divestiture and on-campus Anti-Semitism,” he concluded with the biblical reminder: “In every generation they have risen to oppress us.”

Third Generation Shiri Sandler the Museum’s U.S. Director of the Auschwitz-Jewish Center, spoke of her grandmother as a role model. “At 16 she lost her home, her world. Chosen to go on a Kindertransport she refused to leave her parents and with them was deported to Theriesenstadt whence her grandfather was sent to Auschwitz, then a to sub-camp at Dachau and shot on Christmas Eve. My grandmother’s mother who had a stroke at 44 was deported to Auschwtiz. My grandmother got herself added to the deportation list by choice so she could stay with her mother but were separated on the ramp when guards stopped her. My grandmother wishes I didn’t do this kind of work. She does not want the horror of her life to be part of mine. The work I do at the museum is how I honor my grandmother and all the other survivors I’ve known and loved.”

A long roster of speakers, performances by HaZamir: The International Jewish High School Choir; El Mole Rachamim and sung by Cantor Joseph Malovany, a salute to U.S. and Russian liberators in the audience as well as applause for three survivors of Rwanda’s genocide.

Among the lighters of the Six Memorial Candles by survivors was my friend Dasha Rittenberg accompanied by her only son Moshe and Avital one of her 36 great-grandchildren! Dasha was born in 1929 in Bedzin, Poland survived the city’s ghetto and Blechhammer labor camp in Germany and a later camp in Czechoslovakia. She was liberated by the Soviets on May 8, 1945. He cousin was the late Cardinal Lustiger.