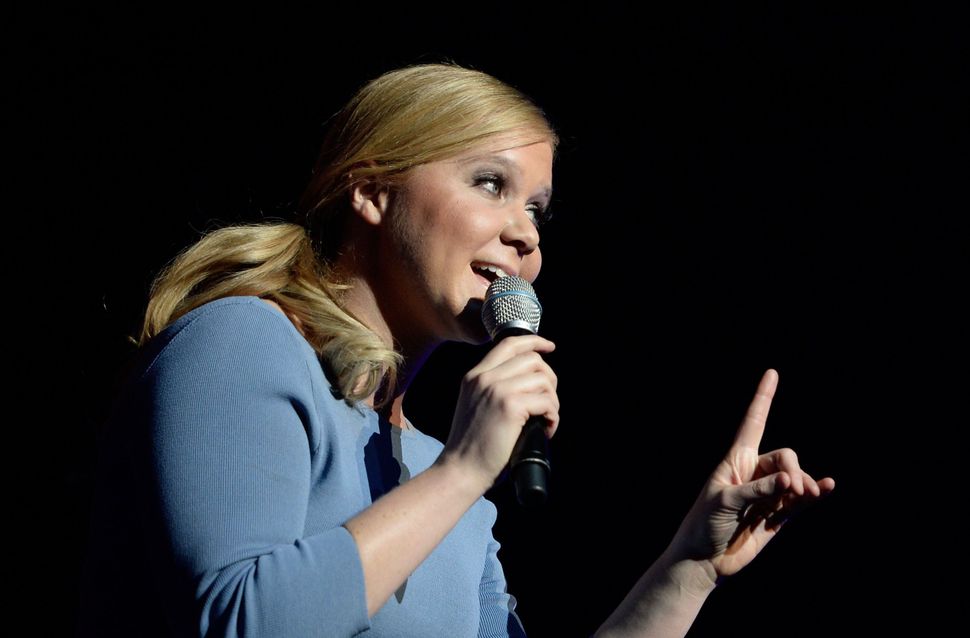 Amy Schumer stands among a group of scantily-dressed women on exercise bikes—clad head to toe in 1980s work out gear. “Why am I dressed like this?” she asks the camera. “Because it’s season three and I can do whatever the f—ck I want.”

And so begins the next life cycle of “Inside Amy Schumer,” the Peabody award winning Comedy Central show that features a playful concoction of sketches, interviews and stand-up.

“After season one I was going to move to Africa.” Schumer quipped during a panel at the Tribeca Film Festival this past Sunday. “But I think we have confidence now that we can make this show.”

Schumer, who was joined on stage by executive producers Dan Powell and Jessi Klien, director Ryan McFaul, and producers Kim Caramele and Kevin Kane, teased an upcoming season filled with a roster of high profile guests and parody music videos (think “Baby Got Back” and “What Makes You Beautiful” but with slightly more literal twists). Also in the can—an in-depth chat with Bailey Jay, a trans woman, and “The Last F—able Age,” a sketch examining the issue of aging in Hollywood for women, featuring Tina Fey, Patricia Arquette and Julia Louis-Dreyfus.

“They were outraged by the same stuff that we think is unfair.” Schumer mused. “More and more in Hollywood you see a 65-year old dude and Natalie Portman being like, we’re in love.”

Powell noted that there will always be a strong note of feminism in the show. “It was going to be a feminist show because that’s what Amy is,” Powell said. “That’s how Amy represents herself on stage and in life.” Schumer notes, however, that finding that balance wasn’t always easy. “I think in the first season, Jessi and I felt like our feminism was something we had to sneak in. We wanted to get viewers and retain viewers and also make the show that we wanted to make.”

The result, she said, was what the website AV Club deemed equivalent to putting shaved carrots into brownies. “I loved that,” Schumer said with a laugh. “We thought we were being so slick.”

Other more difficult trigger topics—rape and gun violence were among the themes that came up during the season premiere—are laced throughout the series with the hope of opening a discussion with viewers.

“It’s always a risk.” Schumer said. “We really are trying to educate. If we know what message we want to send and we think of a premise that’s funny, we’ll go to town.”