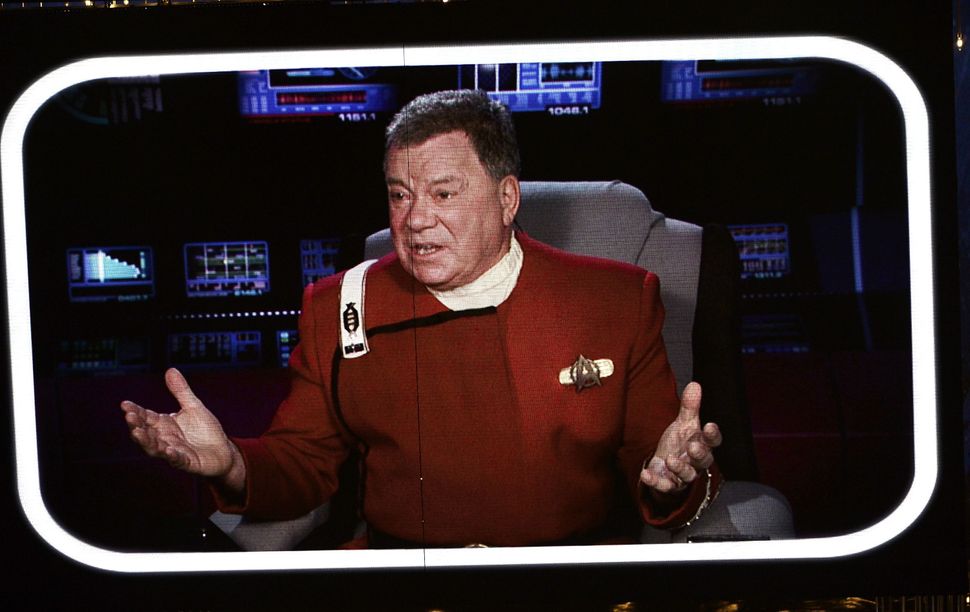 The “Star Trek” star has told Yahoo! Tech journalist David Pogue he intends to start a crowdsource campaign on Kickstarter.com to raise $30 billion for a pipeline to bring water from the Seattle area for use by thirsty California.

“How bad would it be to get a large, 4-foot pipeline, keep it above ground – because if it leaks, you’re irrigating,” the 84-year-old Shatner told Yahoo! in a story posted on Friday.

“Bring it down here and fill one of our lakes! Lake Mead!” said Shatner, referring to a lake on the border between Arizona and Nevada.

Already, the idea has run into one big obstacle: officials in Washington state are pouring cold water on it.

“Frankly we found it highly illogical, to put it in ‘Star Trek’ terms,” said Washington Department of Ecology spokesman Dan Partridge, using a catch phrase of “Star Trek” character Spock. “This would involve so many obstacles, so many hurdles that it would have to overcome to become reality.

“Namely the water of Washington state, you have to acquire a number of rights to use that water and we would not be approving transfer of a huge volume of water out of our state at this point in time when we have a drought of our own to deal with.”

Representatives for Shatner could not be reached for comment on Tuesday. The project had not appeared on Kickstarter’s website by Tuesday morning.

California is entering the fourth year of a devastating drought that has depleted reservoirs and raised costs of importing fresh water from elsewhere. On Saturday, California water officials presented a revised plan aimed at achieving Governor Jerry Brown’s mandate of reducing urban water use by 25 percent.

Shatner acknowledged that he might not be able to raise the $30 billion, but he said the project would build awareness about California’s water needs, according to Yahoo! Tech.