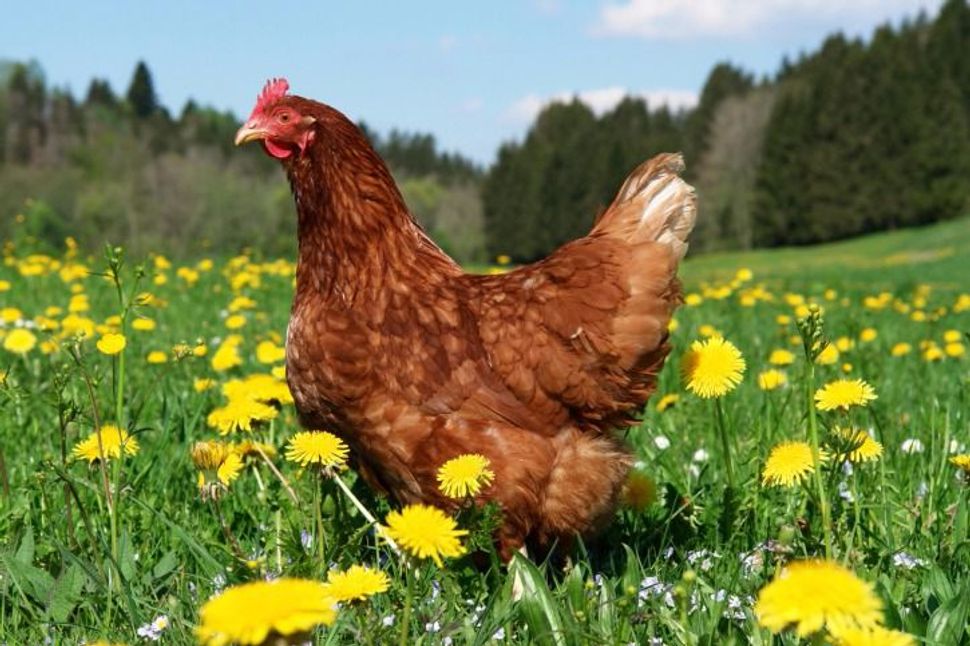 Once in a blue moon, there comes a celebrity story so perfect in its absurdity that it feels like a gift from TMZ heaven. The epic tale of Mila Kunis and the mystery of the 25-year-old Ukrainian chicken theft falls into that category.

A lawsuit filed by one Kristina Karo, claims that the Jewish actress stole a harmless chicken named “Doggie” from her while the two were children in Ukraine, .

The story goes as follows: When her pet disappeared one day, Karo allegedly confronted 7-year-old Mila, who she says admitted to the egregious crime, adding: “Kristina, you can have any other chicken as a pet, you have a whole chicken farm.”

Karo reportedly “became an emotional wreck and went into therapy,” as a result. Fast-forward 25 years later, and the former bosom buddies are both living in the United States — Karo is pursuing a singing career in LA. Lo and behold, the renewed proximity to her former frenemy sends Karo right back to therapy. Now, she’s asking for $5,000 in damages — losing a pet chicken takes its toll on one’s emotions, you understand.

But Mila Kunis isn’t taking these accusations sitting down. The actress and new hubby Ashton Kutcher have posted a joint response to the accusations via the livestream app, Meerkat:

To make the situation even more absurd, it turns out that Kristina Karo has recently released a music video, concisely named “Give Me Green Card.” In her response to the allegations against her, Kunis jokingly threatened to countersue Karo for damages of her own sustained while watching said video: “My body hurts. My eyes hurt—they’re burning. That requires money,” she said.

The actual existence of this lawsuit has not yet been confirmed. One thing’s for sure, though: we would gladly watch the Lifetime adaptation of the “Life and Times of Doggie, the Unfortunately-Named Stolen Chicken.”

h/t TMZ and The Daily Dot