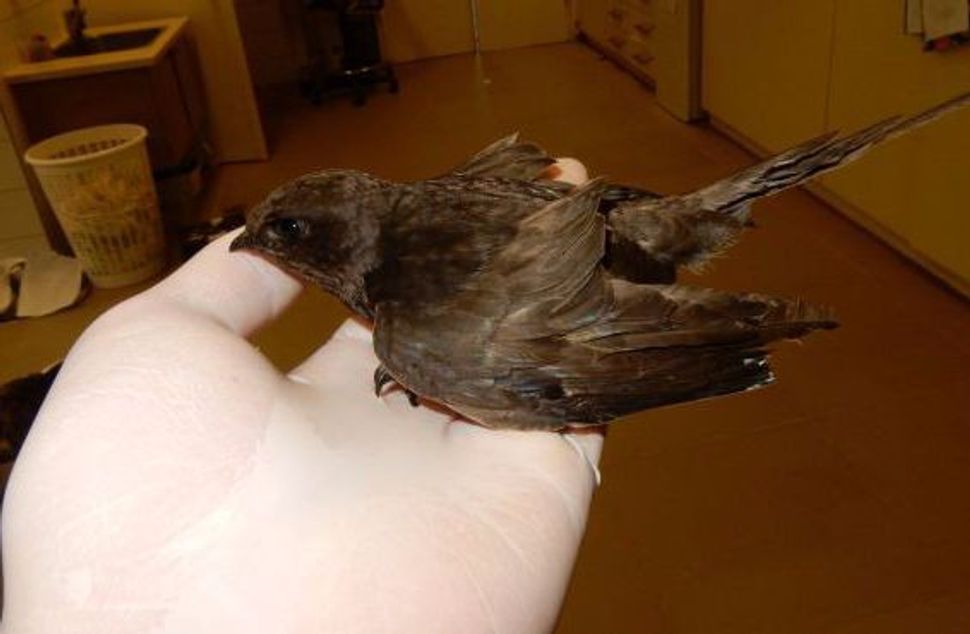 An injured Israeli swift has been saved from certain death by a feather transplant, thanks to an ornithophiliac couple in south Tel Aviv – and a unique collaboration between an Israeli zoo and a German clinic.

Swifts are peculiarly beloved birds. They are wild and rather too small to bother eating, though certain Asian cuisines crave their nests. Humans are used to having them around: in season, swifts like nesting in holes in walls to attics. There’s even a famous flock that nests in chinks in the Western Wall and another in the Church of the Holy Sepulchre. And among the common swift’s idiosyncrasies are that it never stops flying.

Never mind eating and mating – it even sleeps on the wing, and only lands on ground to nest, explains Shmulik Landau of the Tel Aviv Zoological Park, better known as the Ramat Gan Safari. They can’t even eat if they’re not on the wing. Swifts that can’t fly, die.

So the young adult swift a bemused Tel Aviv couple found flapping around squeaking in their bathroom some three weeks ago would have been doomed, but they brought it to the Wildlife Hospital of the Nature and Parks Protection Authority and Safari Gardens. The hospital diagnosed broken flight feathers, and consulted with the Director of the Frankfurt Swifts Clinic, Dr. Christiane Haupt, a world expert in treating and rehabilitating swifts.

As serendipity would have it, biologist Tina Steigerwald was about to come to Israel to volunteer at the animal hospital. She swiftly harvested feathers from a dead German swift, and prepared them with strong but light carbon fibers. She then flew to Israel with the feathers and equipment needed for surgery, and in a two-hour operation, transplanted them to the Israeli bird, a process called “imping” that was originally developed for falconry, explains Landau. 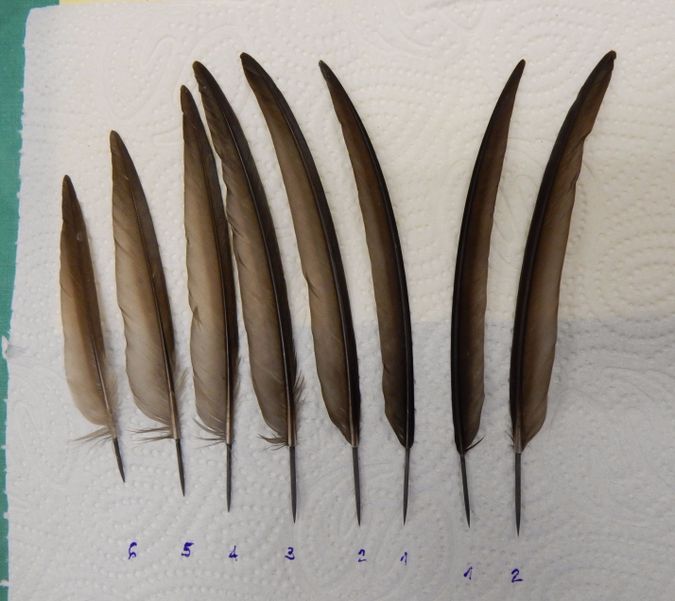 The feathers for transplant. Image by Shmulik Landau, The Israeli Wildlife Hospital

The Israeli swift turned out to need six new feathers in its left wing and one in its right wing.

One can’t just take turkey feathers and glue them to the swift. Because of its airborne lifestyle, the feather match had to be exact so the bird could survive in the wild afterwards. Feather lengths had to be accurate of a tenth of a millimeter, and the attachment angle was also crucial, explains Safari spokeswoman Sagit Horowitz.

The transplant procedure took about two hours, with the swift under full anesthetic.

As said, swifts spend their lives airborne, landing only to nest, preferably in some aperture in a warm human habitat. Even people with lesser appreciation for feathered friends should like the swift because it eats bugs, such as mosquitoes. In preparation for living aloft, “The baby swifts spend over 40 days in the nest, which is very long for such a small bird,” says Landau. “They have only one chance to get out of the nest. Once a swift gets out and flies, he keeps flying for about two or three years.”

When nesting in Israel, the birds leave the nest in the spring, and within the space of a few weeks, migrate to Africa, says Landau. “They spend the winter there and come back as young swifts. That migratory cycle continues until the swift finds a mate and start nesting.” The parents take turns sitting on the eggs, then feeding the chicks.

“Adults weigh about 45 grams, and for such a tiny bird, they do live long,” says Landau. “Other birds that size usually live four to six years or at the most, ten. The oldest known adult swift found in nature was 21.” In other words, the young bird found in the bathroom could yet have a nice long life. 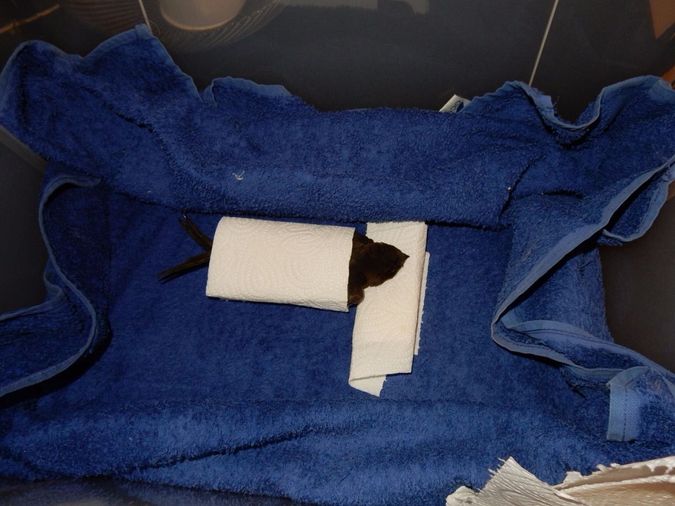 To survive aloft, the swift has undergone extreme adaptation to flight, says Laundau, noting its unusually flattened, aerodynamic body and the fact that its legs have become. “It can’t walk upright. On the ground, it seems to crawl,” he says, noting however their extraordinarily strong feet to clasp vertical surfaces.

Caring for a caged swift is some trick, since they’re high-strung and only eat on the fly, literally.

“If I put a swift on a pile of bugs he wouldn’t know what to do,” says Landau. “When we have swifts in therapy, and we have seven or eight right now, they need to be fed six or seven times a day, during daylight hours, by gently opening their beaks and pushing in bugs. They’re very smart and emotional,” he continues – this sounds like fun – “If you’re not nice to them, they become agitated and don’t make it.”

Our swift recovered from the anesthetic after a couple of hours, was kept warm and once himself again, was fed on lovely insects and vitamin supplements. He also underwent daily training to improve his wing use. Once he’d put on weight and reached 42 grams, a nice heft for a swift, he was released by Steigerwald herself on the zoo grounds – and headed straight for Tel Aviv. Don’t they all.