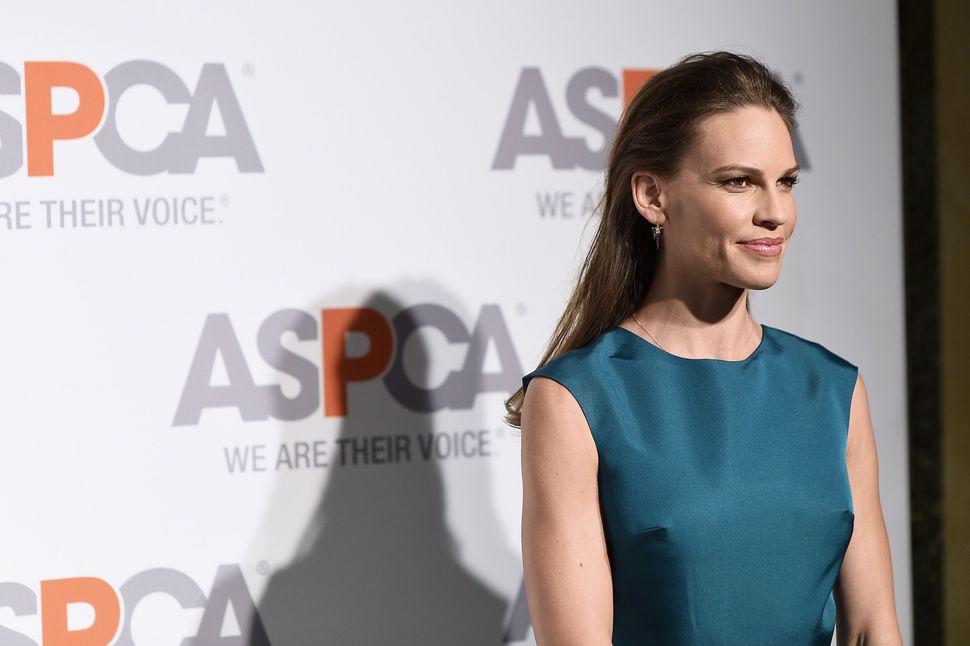 The actress is set to in the screen adaptation of her book, “History on Trial: My Day in Court with a Holocaust Denier.”

“Denial,” directed by Mick Jackson (Temple Grandin, The Bodyguard) and adaptated by UK playwright David Hare (The Reader, The Hours), is described by ScreenDaily as a courtroom drama which “follows Lipstadt’s legal battle against British revisionist historian and Nazi apologist David Irving, who accused her of libel when she declared him a Holocaust denier.” Gary Foster and Russ Krasnoff will be producing.

“This is a powerful story about the legal and personal battle Deborah Lipstast fought to defend the veracity of historical facts. No one has the right to erase history by distorting the truth, and David Hare’s brilliant script weaves a relevant and thrilling journey,” Foster and Krasnoff wrote in a statement. “We are very excited to be working with such a lauded cast, lead by the incredible Hilary Swank and Tom Wilkinson Coupled with director Mick Jackson — it truly is an award-winning combination.”

Academy-award nominee Tom Wilkinson will play a barrister. The role of David Irving has yet to be cast.

After losing the libel suit against Lipstadt and her publisher, Penguin Books, Irving was forced into bankrupcy and denied access to conferences and public events. In 2005, he was arrested in Austria, where he pleaded guilty to the charge of “trivialising, grossly playing down and denying the Holocaust,” and sentenced to three years in jail. In 2006, he was released and banned from ever returning to the country.

Irving now denies denying the Holocaust, and acknowledges that the Nazis did murder Jews in the Holocaust — though he holds the number to be 2.4 million, rather than the widely accepted 6 million. This makes no difference to Deborah Lipstadt.

“Do I care whether he said 2.4 million or zero?” Lipstadt told the Forward in 2007. “Bottom line is, he’s an unrepentant, committed antisemite.”

In any case, there is more than enough material here to guarantee the requisite amount of nail-biting angst required of any good legal drama.