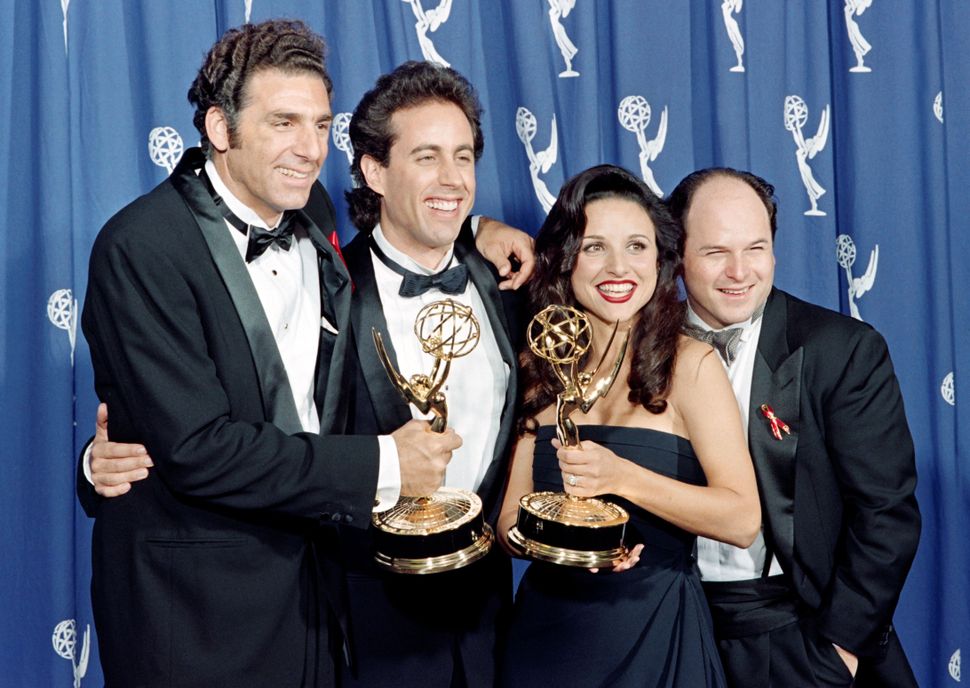 Jerry, Elaine, George, Kramer and even… Newman have finally found their Internet pied-a-terre!

Hulu has won the battle for “Seinfeld“‘s streaming rights. The on-demand subscription service that it will be making all seasons of the hit show —  the original episodes, not their syndicated version — available. Yes, that’s all nine seasons and a total of 180 episodes.

Which means, if you’re a HuluPlus subscriber you have a month to get all the things you wanted to get done on your time off, because starting June, it’s “Seinfeld” marathon season. Because no matter how big a fan of “Seinfeld” you are, we’re sure you’ve missed an episode or two. Not that there’s anything wrong with that.

“It’s not just a television show. We have a piece of television history.” said Craig Erwich, the senior vice president of content at Hulu. And he’s right. There are few moments in our life that we can’t relate to a scene from “Seinfeld.” That’s the beauty of a show about nothing.

With all the seasons of “Friends” available for streaming on Netflix, it’s safe to say the 90s are back. A whole new generation will now be exposed to the Soup-Nazi, the mansiere (the bro?) and the “yadda yadda yadda.” That’s gold, Jerry. Gold!

What’s your favorite Seinfeld moment? Let us know on Twitter!