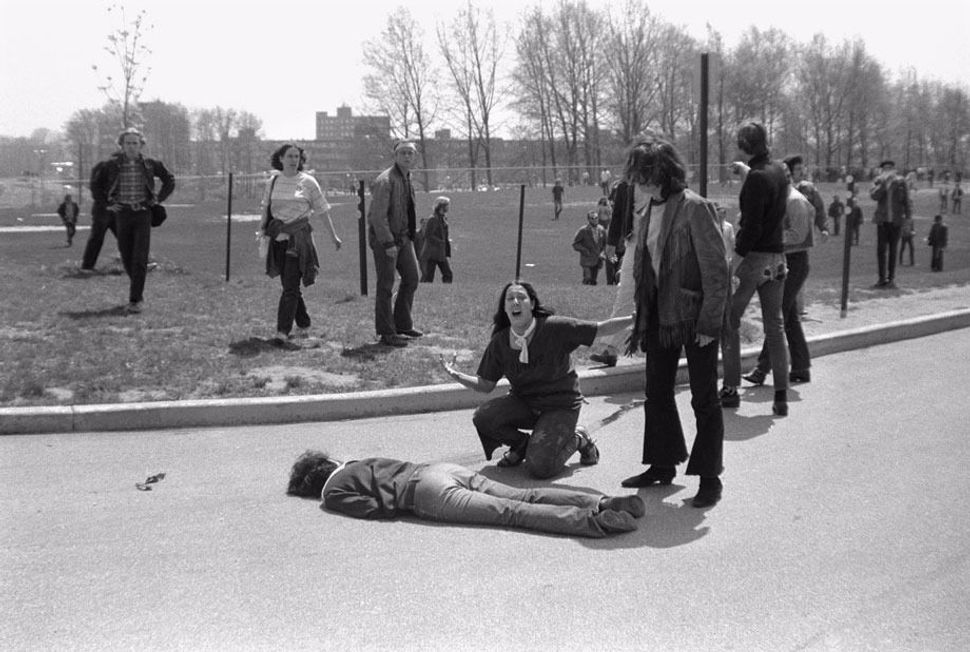 To some, this means wookies, stormtroopers and May the Fourth Be With You. To others, it recalls a day in which a very different kind of Empire struck back. , the Ohio National Guard shot and killed four unarmed students at Kent State University in Ohio.

But you knew that. Crosy, Stills, Nash and Young even wrote a song about it. What you may not know, however, is that three of the “four dead in Ohio” were Jewish. In fact, the campus Hillel has played an active role in planning the commemorations that have taken place on campus annually, since 1971.

Allison Krause, 19, out to protest the U.S. military incursion into Cambodia, and Sandra Scheuer, 20, who was walking to class, were both Jewish. As was Jeffrey Miller, 20, whose limp body is shown in the famous picture above. William Schroeder, a 19-year-old innocent bystander, was not.

Nine other people were wounded by the spray of bullets. 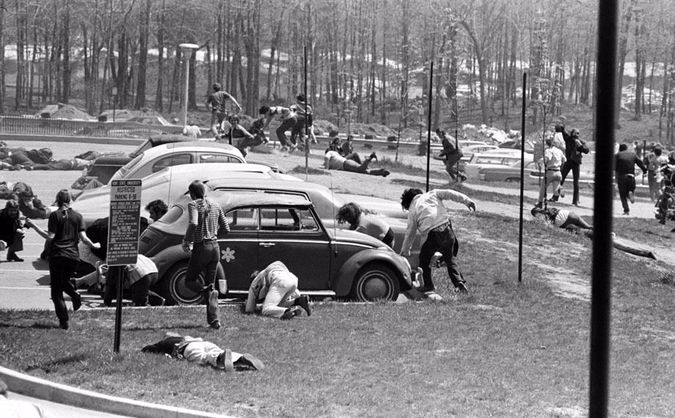 Here’s how John Kifner of The New York Times described the events in 1970:

The crackle of the rifle volley cut the suddenly still air. It appeared to go on, as a solid volley, for perhaps a full minute or a little longer.

Some of the students dived to the ground, crawling on the grass in terror. Others stood shocked or half crouched, apparently believing the troops were firing into the air. Some of the rifle barrels were pointed upward.

Near the top of the hill at the corner of Taylor Hall, a student crumpled over, spun sideways and fell to the ground, shot in the head.

When the firing stopped, a slim girl, wearing a cowboy shirt and faded jeans, was lying face down on the road at the edge of the parking lot, blood pouring out onto the macadam, about 10 feet from this reporter.

In 2010, the Department of the Interior placed the site of the shootings on the National Register of Historic places.

Ashley Manning, a Kent State English major and president of the May 4 Task Force, was in charge of planning this year’s memorial.

“May 4th is an event which carries with it not only tragedy and pain but also an undeniable legacy of persistence, struggles for justice and student activism,” she told the local FOX affiliate. “This is a legacy which we have worked to keep alive all these years by planning the annual commemorations and which, this year, is reflected in our program theme ‘The Persistence of Memory.’” 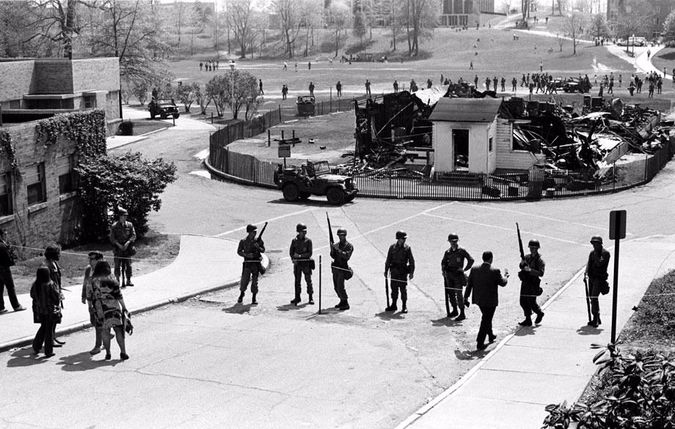