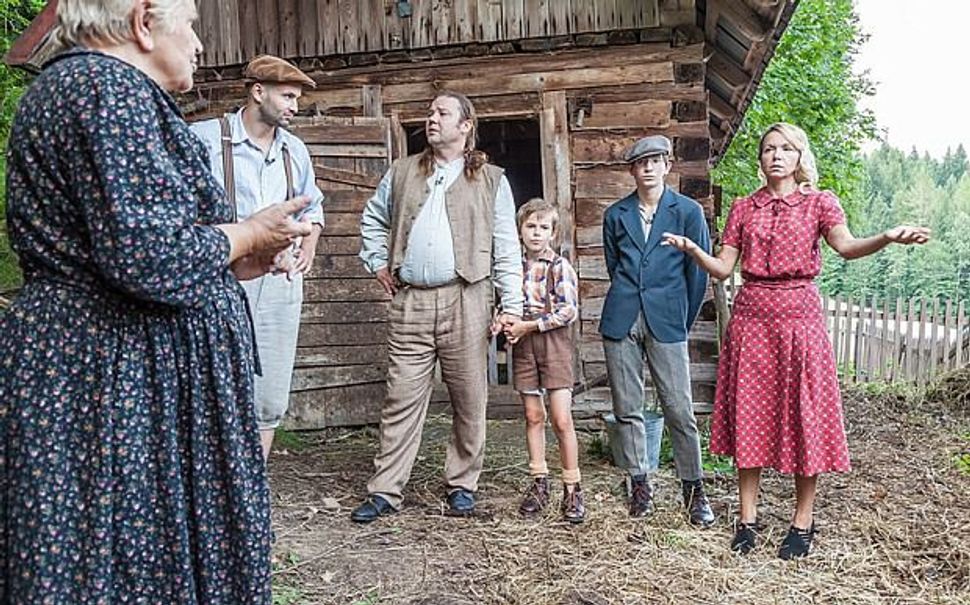 Just when you think reality television has reached peak absurdity levels, the trashy TV gods deliver something like this. Presenting “Holiday in the Protectorate,” a Czech show that requires a family to live for two-months under World War II-like conditions, Gestapo included.

According to , the lucky three-generations will have to contend with actors playing Nazi informants and soldiers, food shortages on a farm decked out with 76-year-old furniture. The whole thing will play out in period-appropriate clothing and with rare original currency, to add to the sense of terror and uncertainty.

Needless to say, the idea has drawn some criticism:

“On behalf of my family I’m going to launch an official complaint,” one critic wrote on an internet forum. “The programme dishonours the memory of the people who had to live through those times.”

Another wrote: “People know what went on and how bad it was. What are they going to do next? Big Brother Auschwitz?”

For what it’s worth, Czech Television, which produces the show, denies that it is contributing to the trivialization of the suffering of millions.

“When starting the project, we knew that it may provoke a discussion on how far such genre may go. I tried to show that period with utter seriousness and with respect for its tragic character,” director Zora Cejnkova told the CTK news agency.

Looks like ‘Toddlers in Tiara’s about to have some competition for most tyrannical tantrum on TV.