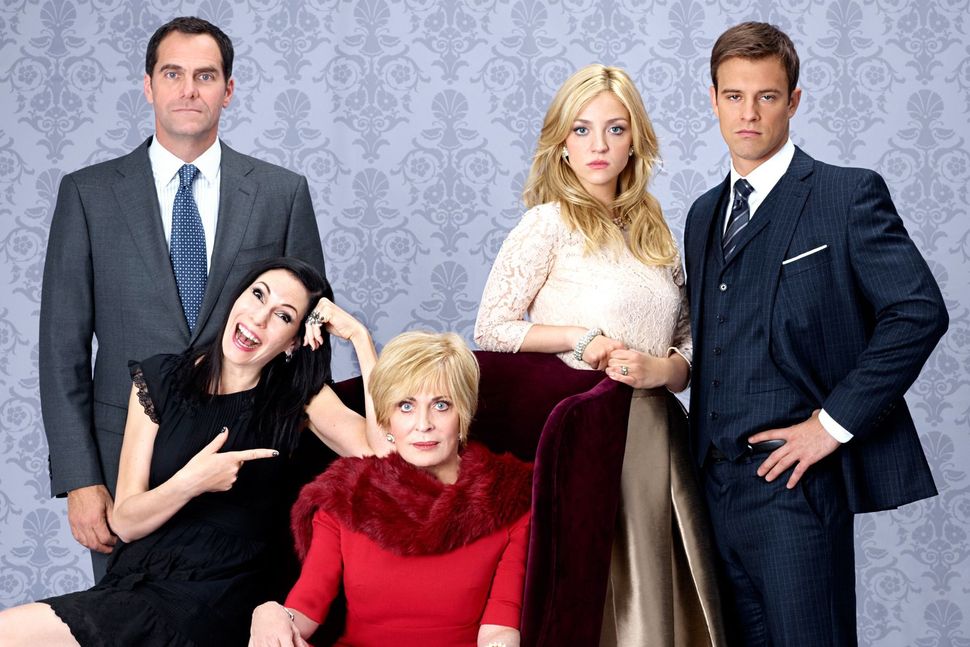 Image by Courtesy of Bravo TV

The show, which is based on Kargman’s 2007 book, “Momzillas,” is hitting the airwaves just as another book about wealthy Upper East Side moms, “Primates of Park Avenue: A Memoir” by Wednesday Martin, is causing a stir for its depictions of the neighborhood’s inimitable social code — and for Martin’s apparently loose relationship with the truth.

The Bravo sitcom features Jill as a happily married stay-at-home mom of three who enjoys a comfortable life — except for her struggles with her own relative poverty compared to the uber wealth around her. Case in point: In the first episode, Jill’s husband, Andy (Andy Buckley), was just made partner at his law firm. But his accomplishment was immediately upstaged by his younger brother, who sold his company for $675 million after bringing bagels to China.

Jill’s peers — who disdain her for not “staffing up” — split their summers between the Hamptons and Capri; the Webers spend their vacation in the city. Such contrasts between the “haves” and the “have-it-alls” lie at the heart of “Odd Mom Out,” which has Jill skewering Manhattan’s 1 percent both from within and outside the clique.

Here are some highlights from the series’ first episode.

Jill may not dye her hair or spend all her waking hours at the gym, but she still has her foibles. And you don’t have to take our word for it: She sports a pink “Chai maintenance” T-shirt while messily making breakfast for her family, during which she complains about her “thass” (a portmanteau of “thighs” and “ass”).

A welcome dose of reality comes from Jill’s best friend, Vanessa (KK Glick), a wisecracking doctor who lives on the “mean streets of Soho.” After hearing Jill’s complaints, she points out: “You do realize you’re rich, too.” To which Jill replies: “Between Lexington and Fifth I’m a charity case.”

3. The love-hate relationship with bread

Bagels may have made her bossy sister-in-law Brooke (Abby Elliott) richer than rich, but that doesn’t mean she’ll ever touch the stuff. A running joke is how the women abhor bread as if they were fleeing Pharaoh. But not Jill, of course — she loves her carbs, especially donuts. “A donut is just a gay bagel,” she quips.

Jill’s children are in an exclusive preschool, yet they are average and unexceptional — and may have a hard time getting accepted at a top kindergarten, the school’s hard-nosed headmistress warns. “While you are different you don’t technically qualify as diversity,” she says.

In spite of being the “Odd Mom Out,” Jill wears her Jewish identity proudly. At a family dinner celebrating her in-laws’ success, Jill greets them with a hearty, “Mazel tov, guys!” Her mother-in-law, however, seems less than enthused, at one point remarking, “Jill’s people aren’t exactly known for their athletic prowess.”