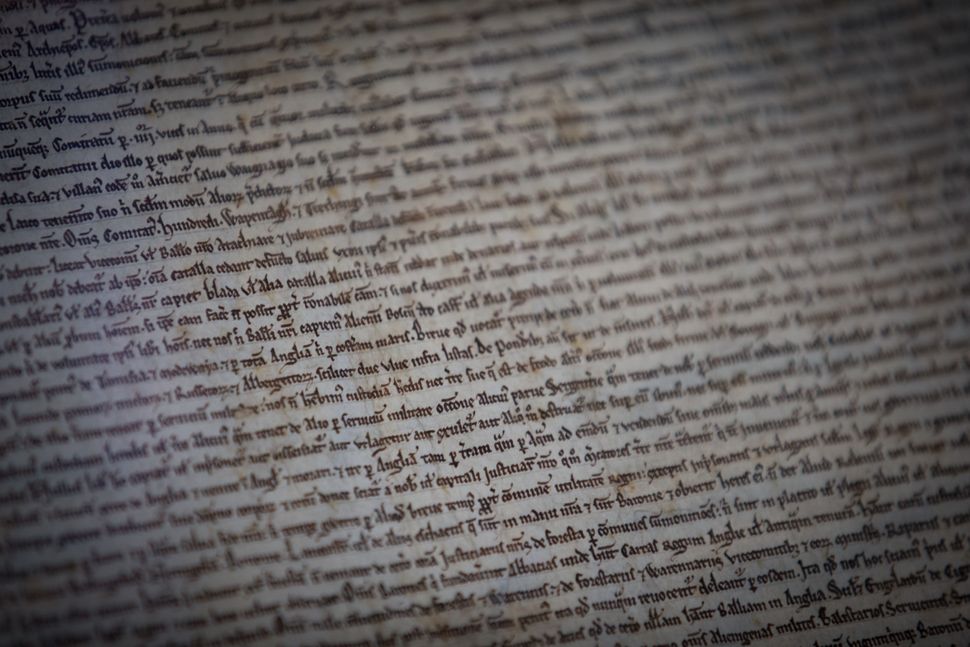 Happy birthday Magna Carta! The iconic document was signed 800 years ago today — on June 15, 1215, — when the nobles forced King John of England to guarantee human and economic rights. Three clauses out of the historic document’s total 63 pertained to Jews. By this time, for more than a hundred years. In honor of the big day, here are 8 Jewish facts about the Magna Carta:

1) Jews were legally treated as chattel by the monarchy. The king could tax the Jews without permission from Parliament. He could even mortgage them.

2) When Jews died, much if not all of their estate went to the crown.

3) Jews were forbidden to own or work land, so many turned to money lending and banking.

4) Clause 10: If anyone who has borrowed from the Jews any amount, large or small, dies before the debt is repaid, it shall not carry interest as long as the heir is under age, of whomsoever he holds; and if that debt falls into our hands, we will take nothing except the principal sum specified in the bond.

5) Clause 11: And if a man dies owning a debt to the Jews, his wife may have her dower and pay nothing of that debt; and if he leaves children under age, their needs shall be met in a manner in keeping with the holding of the deceased, and the debt shall be paid out of the residue, saving the service due to the lords. Debts owing to other than Jews shall be dealt with likewise.

6 ) Another clause tried to stop the king from gaining more land through the Jews by forbidding any debts to be paid through land, and instead through liquid assets.