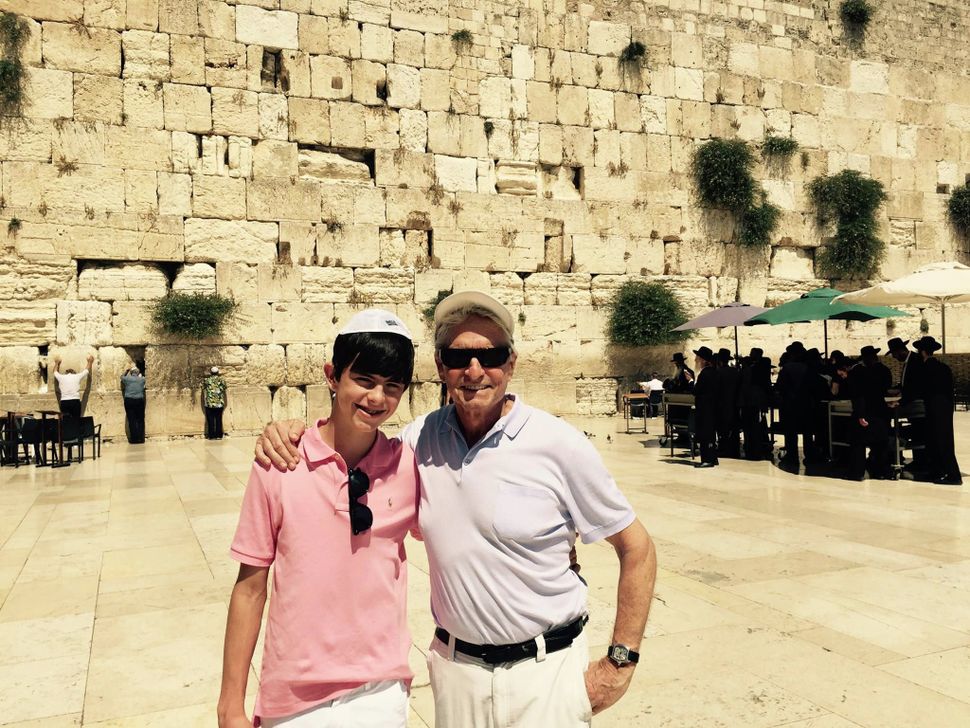 Michael Douglas played the tourist over the weekend after accepting the 2015 Genesis Prize in Jerusalem last Thursday.

“I am a Jew,” Douglas told the crowd assembled for the event, emceed by Jay Leno. “Those are four words of pride. My Jewishness is as deep as my genes.”

Douglas’ wife Catherine Zeta-Jones, model Bar Refaeli and prime minister Benjamin Netanyahu were also in attendance. “To borrow a phrase from one of your father’s movies, you two cast a giant shadow over your profession and set a standard for all actors to follow,” during the ceremony.

The actor reportedly spent the next day wandering around the city with wife Catherine Zeta-Jones and their two children. Here are some pictures of them at the Western Wall: 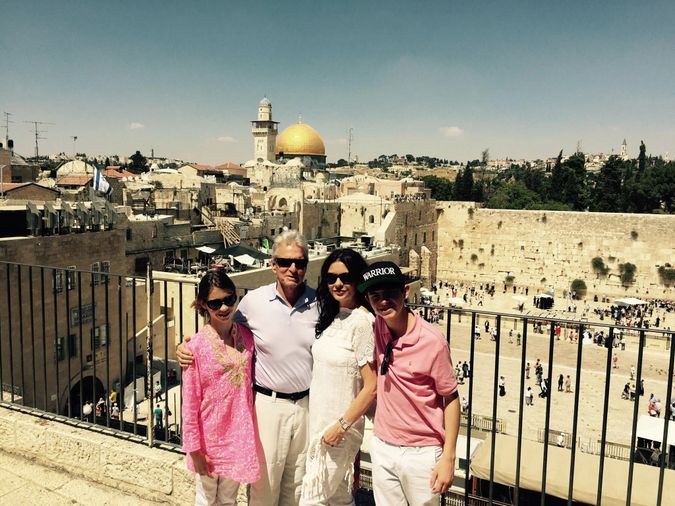 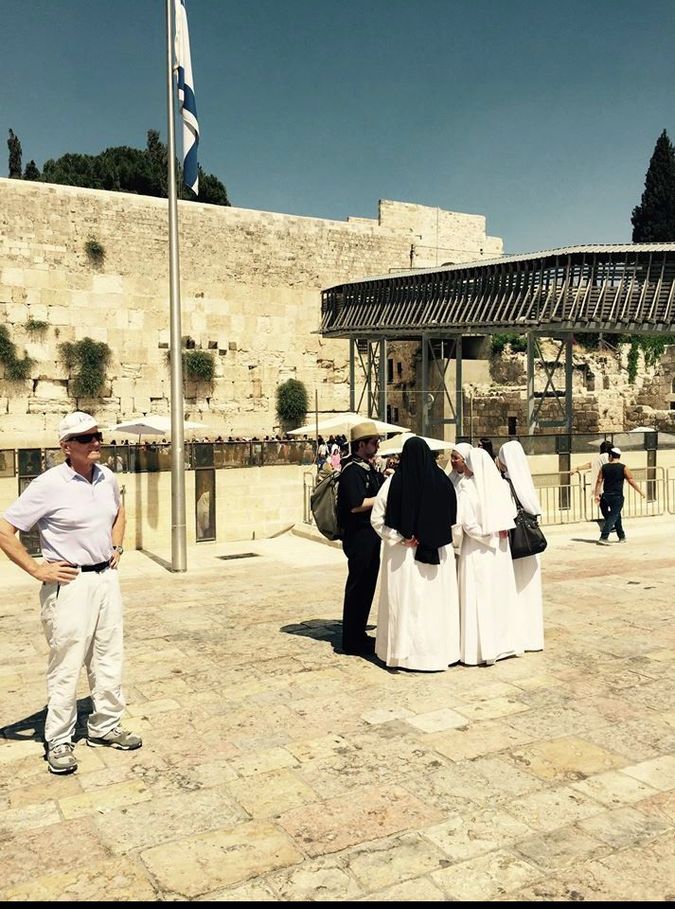