What Audrey Hepburn and Anne Frank Have in Common 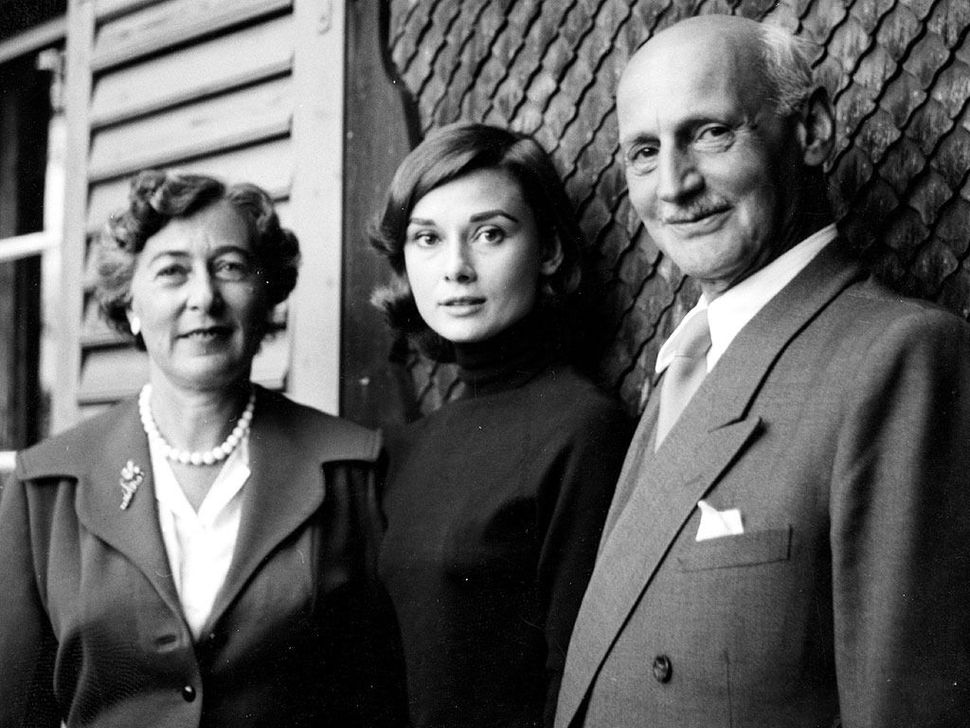 Audrey Hepburn with Otto Frank and his second wife. Image by Luca Dotti

Anne Frank would have liked Audrey Hepburn. After all, her with the teenager’s movie star aspirations.

According to a new memoir written by Hepburn’s son, the actress was one of the first to read what would become “Diary of a Young Girl,” after the war.

“Two years after the war’s end, she received a manuscript [The Diary of Anne Frank], Dotti writes in “Audrey at Home.” “It was the diary of a young girl born, like my mother, in 1929, who had lived for two years hidden in a shelter set up behind a bookshelf in an Amsterdam apartment. Her name was Anne Frank. Reading the diary stunned my mother because, as she said, ‘That child had written a complete account of what I had experienced and felt.’ “

In an interview with People Magazine, he added: “My mother never accepted the simple fact that she got luckier than Anne. She possibly hated herself for that twist of fate.”

The photo above shows Hepburn posing with Otto Frank, Anne’s father, and his second wife in Bürkenstock, Switzerland.

The memoir also offers a haunting explanation for Hepburn’s legendary waifish figure. Starvation, rather than genetics, was responsible for the silhouette craved by so many “Breakfast at Tiffany” fans.

“Twenty two thousand people died from hunger in Holland during the final months of World War II, my mother escaping death by a hairbreadth,” Dotti writes in the book. “She was sixteen years old, stood almost five foot six and weighed eighty-eight pounds.”

In another passage, he describes that Hepburn “suffered from asthma, jaundice and other illnesses caused by malnutrition, including acute anemia and a serious form of edema which Mum explained like this: ‘It begins with your feet and when it reaches your heart, you die. With me, it was above the ankles when I was liberated.’ “

According to People, those wartime memories plagued the star for the rest of her life. “When I would go to the station, there were cattle cars packed with Jewish families, with old people and children,” Hepburn once said. “We did not yet know that they were traveling to their deaths. People said they were going to the ‘countryside.’ It was very difficult to understand, for I was a child. All the nightmares of my life are mixed in with those images.”

Born in Belgium to a British father and Dutch mother, Hepburn lived through the Nazi occupation of Holland, including the Dutch famine which killed 22,000 in 1944. At the end of the war, a soldier gave her 7 bars of chocolate, which she associated with joy and liberation for the rest of her life.

A cure for the mean reds, perhaps?

What Audrey Hepburn and Anne Frank Have in Common