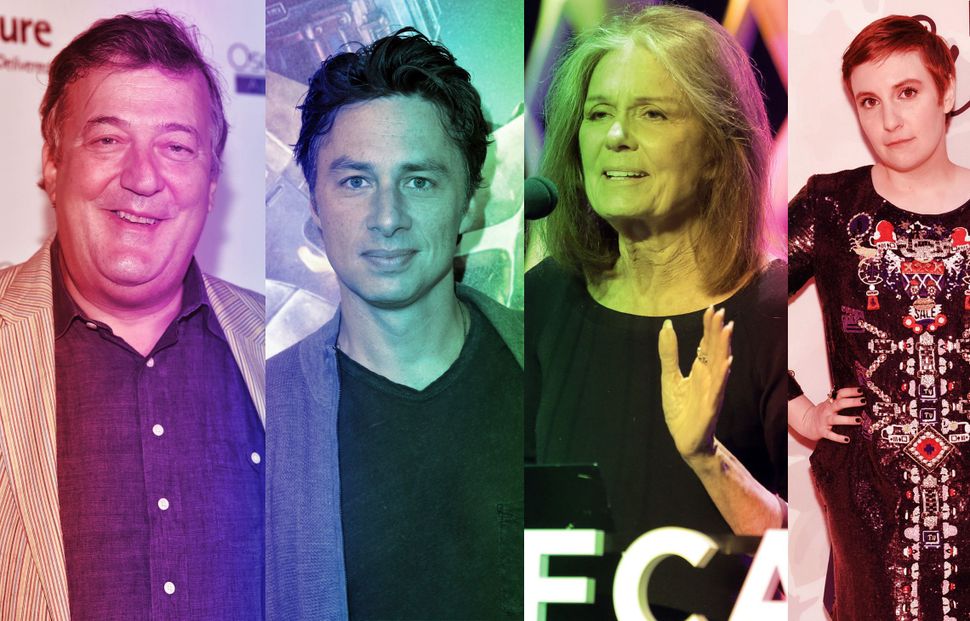 The Supreme Court has legalized same-sex marriage in all 50 states in a 5-4 decision. In his majority opinion, Justice Anthony Kennedy :

No union is more profound than marriage, for it embodies the highest ideals of love, fidelity, devotion, sacrifice, and family. In forming a marital union, two people become something greater than once they were. As some of the petitioners in these cases demonstrate, marriage embodies a love that may endure even past death. It would misunderstand these men and women to say they disrespect the idea of marriage. Their plea is that they do respect it, respect it so deeply that they seek to find its fulfillment for themselves. Their hope is not to be condemned to live in loneliness, excluded from one of civilization’s oldest institutions. They ask for equal dignity in the eyes of the law. The Constitution grants them that right. The judgment of the Court of Appeals for the Sixth Circuit is reversed.

Here’s how Jewish celebrities reacted to the historic news:

Sometimes a great big smile is enough. Maybe a leap of pure joy & a whoop of delight. OK, a skip & a punch in the air too. #SCOTUSMarriage

Disappointed at the lack of marriage proposals today. Only one?

All I can say is: Ohhhh Myyyyyy. #LoveWins #Equality @GeorgeTakei pic.twitter.com/UxNkAOLjwj

Woke up to learn that love is free! Thank you to all those who fought so hard to make this historic moment happen.

With my sister @LaurenEBowles on top of the world, celebrating #LoveWins https://t.co/MJphm383xN

Just woke up to the Good News! Goin’ To The Chapel!

“Love is composed of a single soul inhabiting two bodies.”~Aristotle. #LoveWins Proud to experience this historic day for #MarriageEquaility

Just thought of the celebrity straight couples who said they wouldn’t marry until everyone could marry, who are now like “Ohhhh shit”

Gay marriage is legal! Say goodbye to The Hate Class of 2015! http://t.co/Uum62Yphbh