Sorry, You Won’t See Any Nazis on ‘Downton Abbey’ 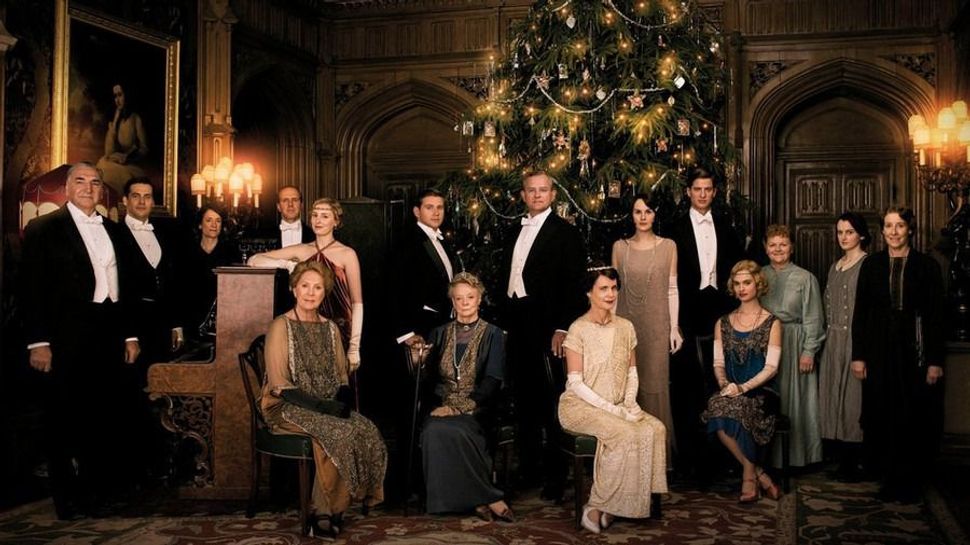 “Downton Abbey” has come a long way since its 1912 beginnings. The Crawleys have weathered the sinking of the Titanic, World War I, near-financial ruin, numerous family deaths, scandal and even Jewish intermarriage (gasp!). But don’t expect to see Nazis planes bearing down on the Earl of Grantham any time soon.

The last season of the hit British drama will take place in 1925, Julian Fellowes . In fact, Fellowes specified that one of the reasons the show will end before 1930 is to avoid Hitler-focused scenes.

“I feel the ’30s have been very much explored dramatically, and I didn’t really want to get into the whole business of the Nazis, which I think has been explored exhaustively,” Fellowes said. “And I don’t know that there is anything else to be said about the Nazis.”

“The difficulty of dramatizing the Nazis, to me, is that I like ambivalent dramas, where you don’t know whose side you’re on, or maybe you change sides,” he added. “You might initially think, Oh no, [Maggie Smith’s character] Violet is completely wrong in this, but as the argument goes on and as you hear more of her point of view, you understand where she’s coming from. That’s what I like. But the Nazis don’t give you that. Nobody’s slightly on the side of the Nazis. It’s so absolute—there’s just bad guys and good guys. And there have been wonderful films about them, but I don’t think I’m the right guy to write them.”

The history buffs among you will know that Hitler didn’t actually rise to power in Germany until 1933. However, the Munich Beer Hall Putsch, which landed the wanna-be dictator in jail, took place in 1923. During that time, he wrote ‘Mein Kampf, which would be published in 1925.

And yes, Fellowes stressed in the interview, this will be the last season, and no amount of pleading letters will change that. “Obviously, we’ve had lots of letters saying, ‘Please don’t,’ which is flattering,” Fellowes said. “And that is precisely why we’re ending it now, because we still get letters asking us not to.”

Sorry, You Won’t See Any Nazis on ‘Downton Abbey’