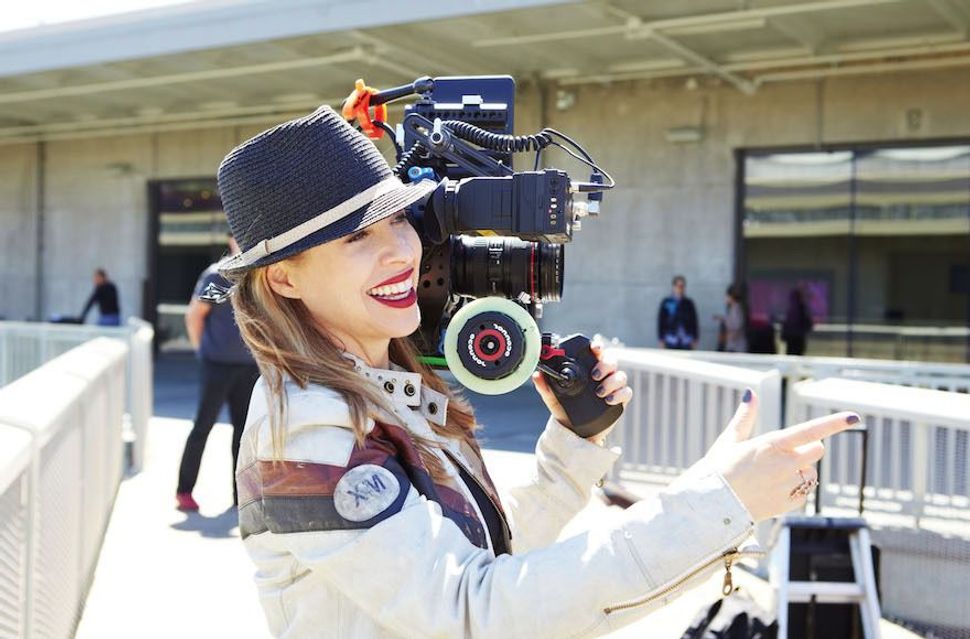 Tiffany Shlain Image by Courtesy of Let It Ripple

(JTA) — Have you ever wondered if you could scientifically become more of a mensch? Or do you want to be featured in a film by a renowned Internet innovator? Either way, Tiffany Shlain has you covered.

The award-winning Bay Area filmmaker — who is also known for founding the Webby Awards and the International Academy of Digital Arts and Sciences — is making a Jewish companion film to her short “The Science of Character,” which delves into practical and scientific ways that we can all improve our character traits. Shlain’s upcoming film “The Making of a Mensch,” due to be released during the High Holidays on September 18, will reframe “The Science of Character” through “the lens of the ancient Jewish teachings of Mussar.”

But you don’t have to wait until the fall to get your mensch on. There’s an interactive side to the project: From now until July 15, anyone can submit a video of himself or herself describing what, exactly, a mensch is. A selection of the clips will be featured as part of the final product, which Shlain appropriately enough dubs a “cloud film.”

“The Making of a Mensch” will also be accompanied by a set of discussion points – designed by Shlain’s team and the Foundation for Jewish Camp’s jewish education specialist Rabbi Avi Orlow – that any nonprofit or individual can obtain. Shlain has named the date of the release of her film “Character Day,” when she hopes that Jewish (and non-Jewish) organizations will explore what it means to be a good person.