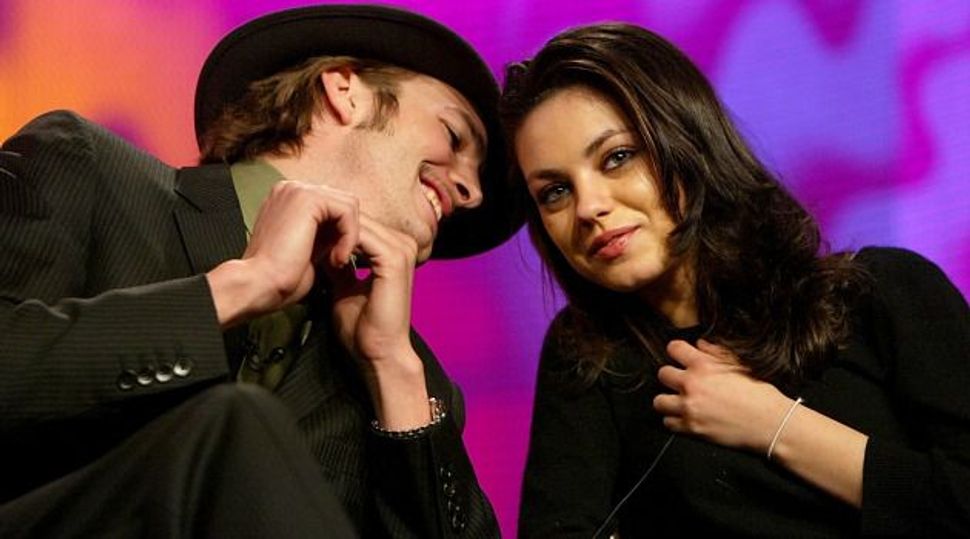 But still — congratulations to Mila Kunis and Ashton Kutcher! The fantasy-turned-real-life couple got married this weekend, People magazine reports.

“My first real kiss ever was with him on the show,” Kunis told W magazine (she covers the August issue). “And when That ’70s Show had a prom, my date for the prom turned out to be my fiancé. We can honestly say that we went to prom together! Although I do think that in that episode I went home with someone else. We don’t talk about that part.”

“We all get movie star crushes,” she added. “I’m marrying mine.”

The couple got engaged in February 2014. Kunis gave birth to their daughter, Wyatt Isabelle, in October. According to RadarOnline, they plan to raise their kids Jewish (Kunis is a Ukrainian Jew).

Congratulations, Jackie. You finally got Kelso to commit. Mazel tov!