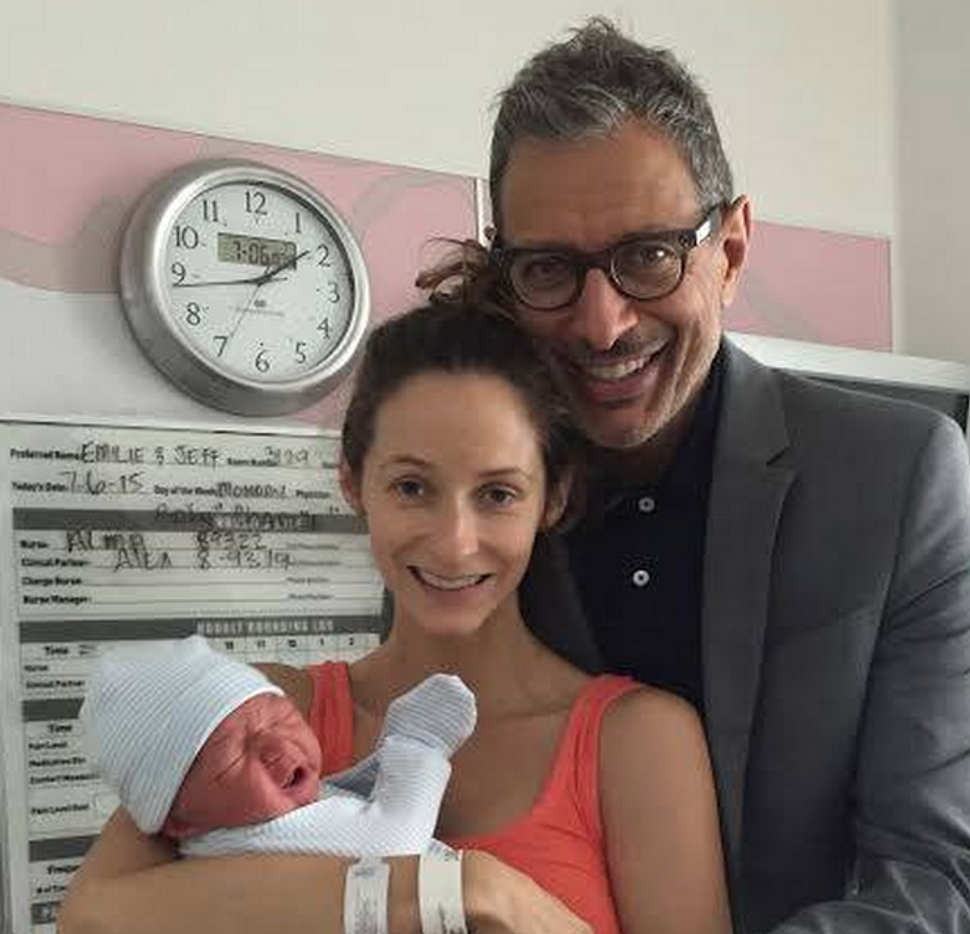 Jeff Goldblum, the actor who made “Jurassic Park” Jewish, and whose haunted Holocaust survivor Adam Stein stared back at us in the film adaptation of Yoram Kaniuk’s harrowing is now a father.

The 62-year-old welcomed a child withvhis wife, former Olympic gymnast and actress Emilie Livingston on July 4th. Which means this lucky boy will get fireworks and BBQ on every birthday.

The couple named their newborn Charlie Ocean Goldblum. Has a nice ring to it, right?

Goldblum posted a first picture of the adorable (but grumpy!) baby on his Facebook page: 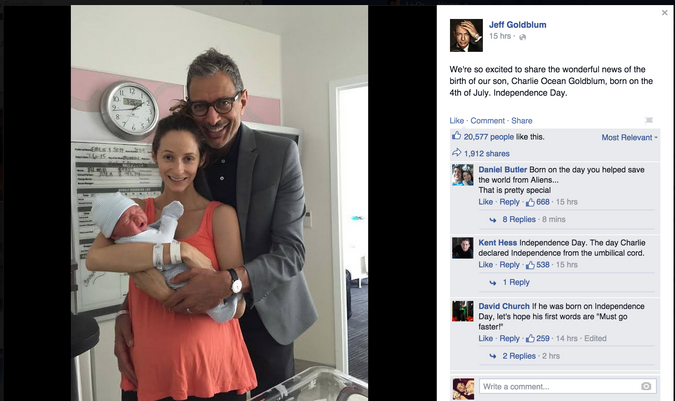 This is his third marriage, and while the actor has played many fictional dads (including Rachel Berry’s Jewish gay dad on the TV show “Glee”), little Charlie is his first child.

With Goldblum’s acting skills and his wife’s amazing contortion abilities, we’re sure this will be one happy and well-entertained child.