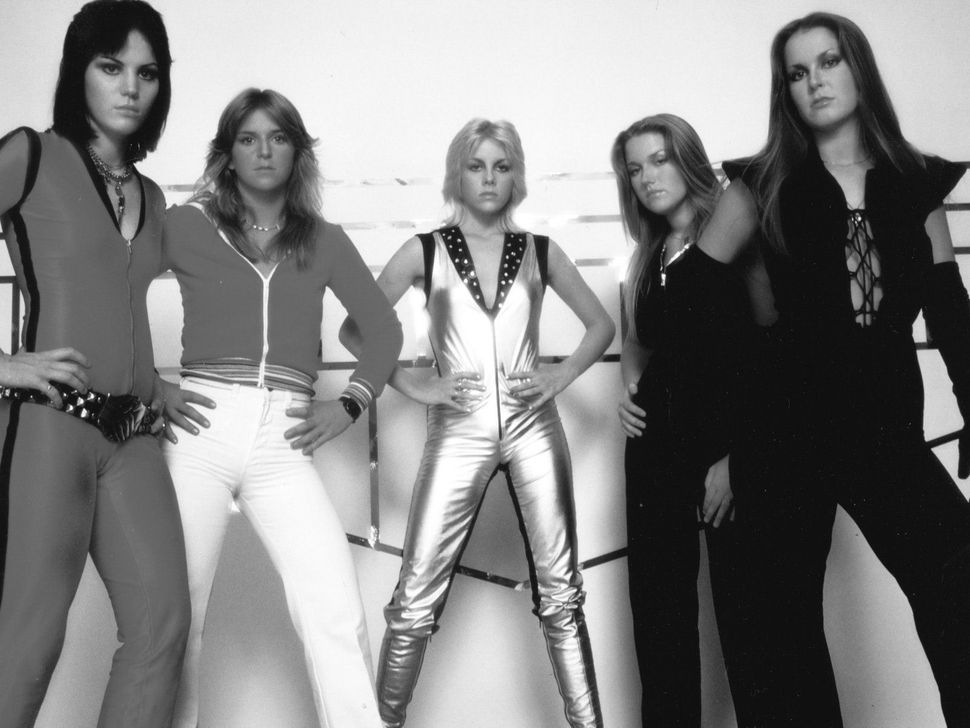 In a new longform piece for , Jewish Runaways bassist Jackie Fox (nee Fuchs) reveals that she was brutally raped by producer Kim Fowley as Joan Jett and other band members looked on.

Fox, who was 16 in 1975, describes a New Years Eve scene in which Fowley drugged her with quaaludes before taking her and other girls back to a motel to celebrate:

“On the bed, Fowley played to the crowd, gnashing his teeth and growling like a dog as he raped Jackie. He got up at one point to strut around the room before returning to Jackie’s body.

‘I remember opening my eyes, Kim Fowley was raping me, and there were people watching me,’ Jackie says. She looked out from the bed and noticed Currie and Jett staring at her. She says this was her last memory of the night.”

According to HuffPost, Joan Jett denied “witnessing the event as it has been described here.” However, the report also points out that in 1977, Jett allegedly tried to silence another witness to the assault explaining that if Jackie sued after quitting the band, he “needed to deny being in the motel room that night.”

Fowley died in 2015. Fox is now a writer and lawyer. Her last appearance in the band was for their 1977 “Live in Japan” album. After quitting the band, she attended UCLA where she graduated Phi Beta Kappa with a double major in linguistics and Italian. She went on to graduate from Harvard Law School — Barack Obama was one of her classmates.

After she refused to give her permission for her name to be used in “The Runaways,” 2010 biopic about the band, Alia Shawkat was cast as fictional bassist Robin.