He’s Running for President as a Demo-Cat 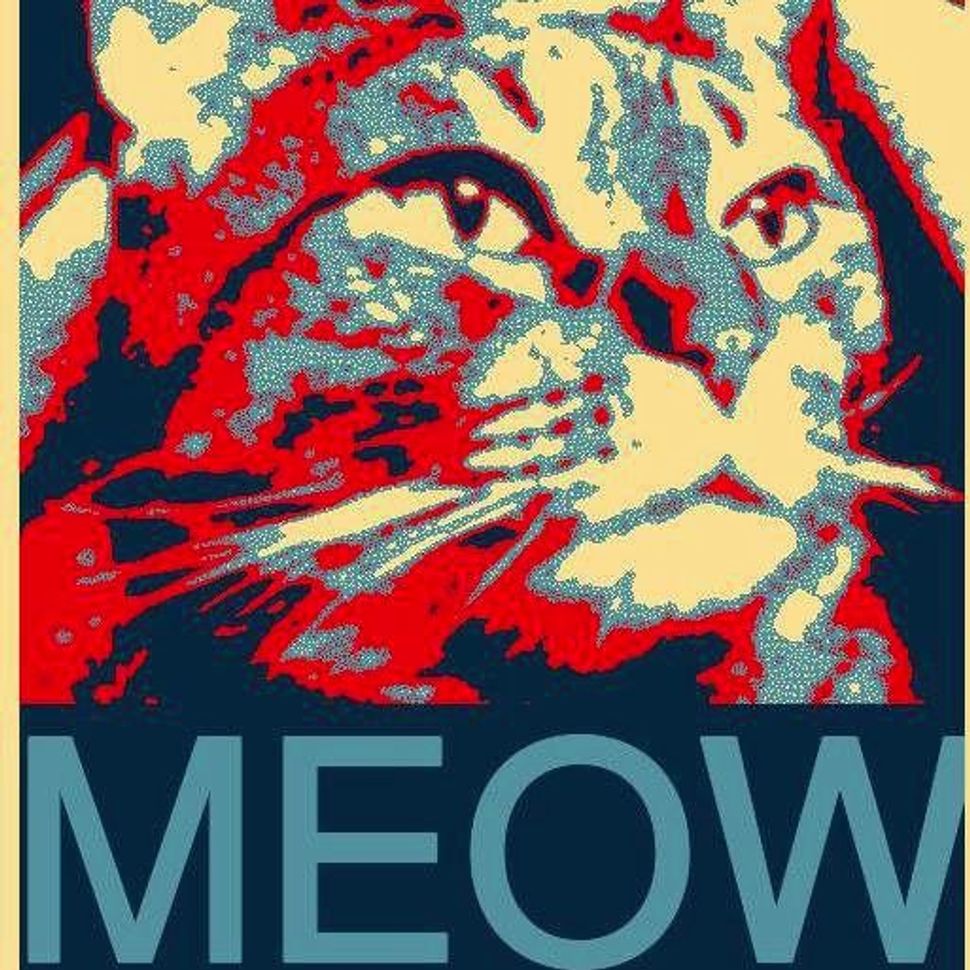 Limberbutt McCubbins is running for president — and he’s aiming to make it to the White House as a Demo-Cat.

The tabby threw his furry hat into the crowded race in an announcement from his hometown in Louisville, Kentucky on July 4.

If you want more info on your new favorite candidate, Limberbutt McCubbins is a 5-year-old rescue, according to

One of his two campaign managers, Isaac Weiss, 17, said that it started as a joke. But now he and Limberbutt’s owner, Emilee McCubbins, have given the presidential candidate a facebook page, a website, a twitter feed, and even merchandise.

Weiss said that they hope not to see a cent from any of the merchandise. The Limberbutt mug, he said, was not affiliated with them at all and popped up independently on Amazon. If they do find themselves with revenue from sales, Weiss and McCubbins plan to donate anything they receive on behalf of Limberbutt to organizations for animals.

Weiss and McCubbins told WFPL, that they have already gotten letters about Limberbutt’s candidacy, some even asking about volunteer opportunities working on the campaign. A lawyer reached out to McCubbins, asking to represent the cat.

“It does not appear that they knew that he is indeed a cat,” Weiss said.

Thankfully, Limderbutt owns up to his “demo-cat” roots. He supports gay marriage.

On the phone with the Forward, Weiss said Limberbutt will promise the legalization of catnip and gay cat marriage if elected.

As for the Jews, Weiss himself is Jewish, and as Limberbutt’s campaign manager, he, “will do everything he can to help Limberbutt gain approval of the Jewish vote.”

On a more serious note, Weiss said that he hopes to use Linderbutt’s 15 minutes (or 4 years) of fame to raise awareness about the problems of campaigning for President in the United States. “It started out as a joke, but we have plans to turn it into something real at a future date… one of the problems is how easy it is to fill out the forms.”

“It should take a little more than 20 minutes, and you should have to prove that you’re an American citizen,” Weiss explained.

As for seeing Limberbutt alongside Hillary Clinton, Jeb Bush, and the others, WLPF reported that anyone can start a committee to explore running for president, but actually seeing your name on the ticket is up to the state government.

He’s Running for President as a Demo-Cat