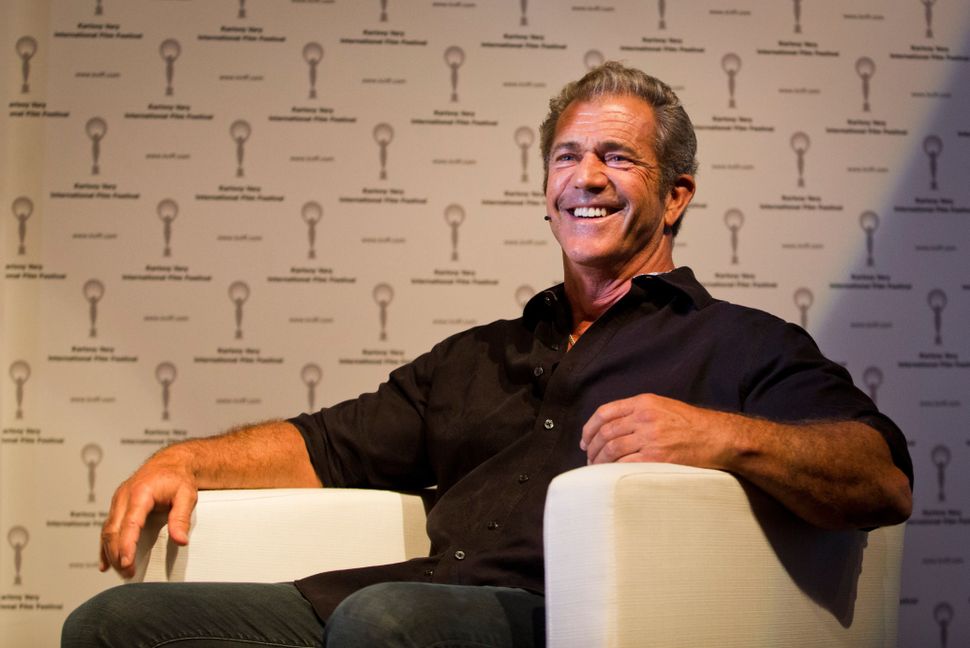 Mel Gibson has signed as an advisor to a World War II movie out of China.

Should we be expecting an anti-Asian rant soon?

According to , the film, called “The Bombing,” will be directed by Xiao Feng, and will star Bruce Willis, Song Seung-heon, Nicolas Tse and Liu Ye.

The film takes place in Chongquing, and recounts the Japanese bombing of the city from February 1938 to August 1943.

Coincidentally, my grandfather flew supplies to Chongquing during WWII as part of the U.S. Army Air Corps with the Flying Tigers. According to family lore, one time after my grandfather returned from a successful flight, his commanding officer told him, “You’re not so bad for a Jew.”

My grandfather, never one for beating around the bush, punched him in the face.

The film’s budget is reportedly set at $65 million.

“I hope audiences around the world can appreciate the cruelty of war and our courage, determination, and capability to fight against it,” said Shi Jianxiang, founder and CEO of Shanghai Kuailu Investment Group.

Kualiu held the press event that announced Gibson’s role in the film.

“I’ve seen so many changes in China,” Gibson said. “The bombing has an excellent world-class team with outstanding producers, directors, cast and crew. Our crew is marvelous, modest but enthusiastic.”