‘Moses Man’ — A Holocaust Musical of Teens on The Run 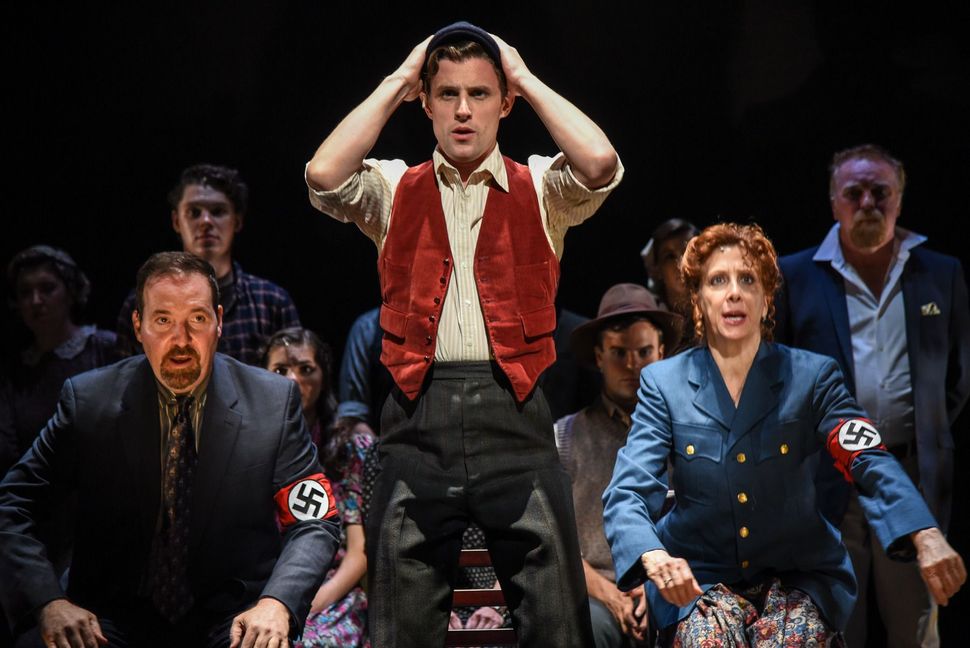 “Moses Man,” a musical about a family’s 9-year-long World War II survival odyssey that took them on a sanctuary search from Vienna, to Cyprus, Palestine and Africa before finally landing in America, has enough “now you’re safe, now you’re not!” twists and turns to justify being dubbed a Holocaust musical thriller. With book and lyrics by Deborah Haber and music by Casey Filiaci it is based on Haber’s father Kalman (Opa) and now 96-year old Lily Haber’s true escape saga.

During my chats with Haber (Executive Artistic Director of DEEP Arts and past producing Artistic Director of Rochester Children’s Theatre for 23 years), she told me “Three years ago I decided to go for it — set everything else aside. My dad died 21 years ago, mom was getting older. Sitting around the Seder table he started to tell his story, talking about Moses…He was a plumber, a Zionist through and through…a leader of his Hashomer Hatzair group.”

Haber recalled: “My mom was born in Vienna, my dad was from a small town in Poland…I always knew they went through the Holocaust… but did not understand their journey. I knew they were in Africa for five years Malawi [formerly Nyasaland]… in a British detention camp… to Durban, South Africa where my sister was born… We have an audio testimony from my father, that’s how I started to tell the story. For three years I listened to those tapes for hours… there are so many things in the script in his voice.

“Originally cast for 8 then 9, now 14, I decided to expand the number of characters. We’ve done it for schools, readings in Rochester and Indianapolis, [the reaction is] phenomenal. History teachers want this so they can connect. During talk-backs students can relate to their life, identifying with the history through provoking action… I say to them, ‘You may have been learning about the Holocaust in school. Perhaps you know someone who went through this…has a history… I show them my father’s papers… [which] brings this story to the next generations… to the now.”

There is a scene in the play when Haber’s 18 year old mother Lia (sung exquisitely by DeFlyer,) in the midst of a moment of danger and holding back panic, sings “And Mama Needs Cherries” cherries that her mother must have — a touchstone at normalcy and sweetness. During intermission I showed Haber a little Ziploc bag of red Bing cherries I had brought with me as a snack. She was speechless…as was I.

‘Moses Man’ — A Holocaust Musical of Teens on The Run