Amy Schumer Gets Naked With C-3PO 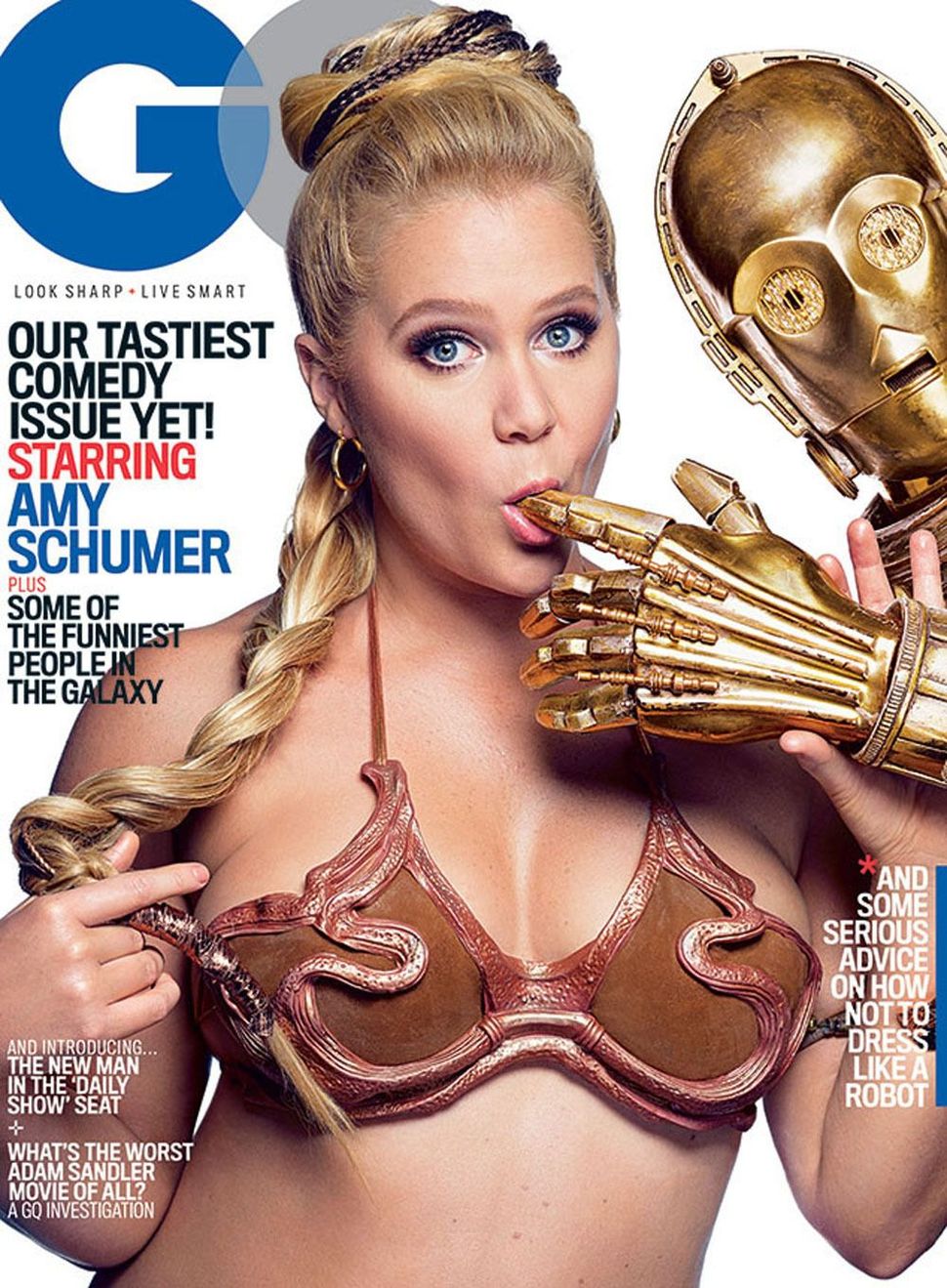 Two things in this world are 100% guaranteed to make me smile: Amy Schumer and Star Wars.

So you can understand that the is enough to make me dance with glee. The ‘Trainwreck’ star appears on the cover of the men’s magazine dressed in Princess Leia’s infamous gold bikini, and sucking on a bewildered C3-PO’s finger. So much for etiquette!

In the movie, Schumer’s character, magazine journalist Amy, finds herself falling in love with the subject of a profile piece she is writing — sports physician Aaron, played by Bill Hader. Averse to monogamy, she learns about romance.

“I think this movie is kind of a love letter to my sister and the way that I realized that I was hurting myself and being destructive was through falling in love,” Schumer said at the film’s premiere in New York on Tuesday night.

Mazel tov and may The Force be with you.

Amy Schumer Gets Naked With C-3PO