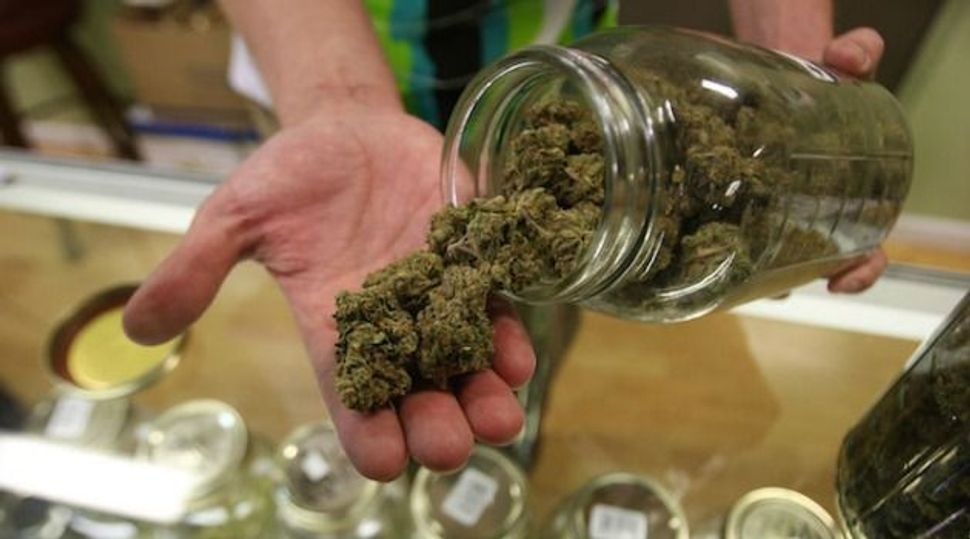 Broke your arm? Time to smoke some dope.

According to researchers at Tel Aviv University and Hebrew University, marijuana can help heal bone fractures. Their results were published in the Journal of Bone and Mineral Research.

“The clinical potential of cannabinoid-related compounds is simply undeniable at this point… it is possible to detach a clinical therapy objective from the psychoactivity of cannabis. CBD, the principal agent in our study, is primarily anti-inflammatory and has no psychoactivity,” , who led the study along with Professor Itai Bab.

Israel, which has one of the world’s highest per capita use of medical marijuana, has pioneered marijuana research for at least a decade. Recently, Israel’s leading marijuana distributor and researcher, Tikun Olam, struck a deal with Compassionate Care Center New York to apply for one of five medical marijuana licenses for New York State. The recipients of said license will be announced later this summer.

The study, published in the Journal of Bone and Mineral Research, was conducted using rats. Scientists injected one group of rats with CBD and another group with a combination of CBD and THC – the major psychoactive component in marijuana. Gabet and the rest of his team determined that CBD alone could produce significant results.

This research indicating the marijuana can help with broken bones may lead to inquiries about osteoporosis and other bone-related diseases.

“We found that CBD alone makes bones stronger during healing, enhancing the maturation of the collagenous matrix, which provides the basis for new mineralization of bone disuse,” Dr. Gabet continued. “After being treated with CBD, the healed bone will be harder to break in future.”

Currently, medical marijuana use is allowed in 23 states and the District of Columbia.