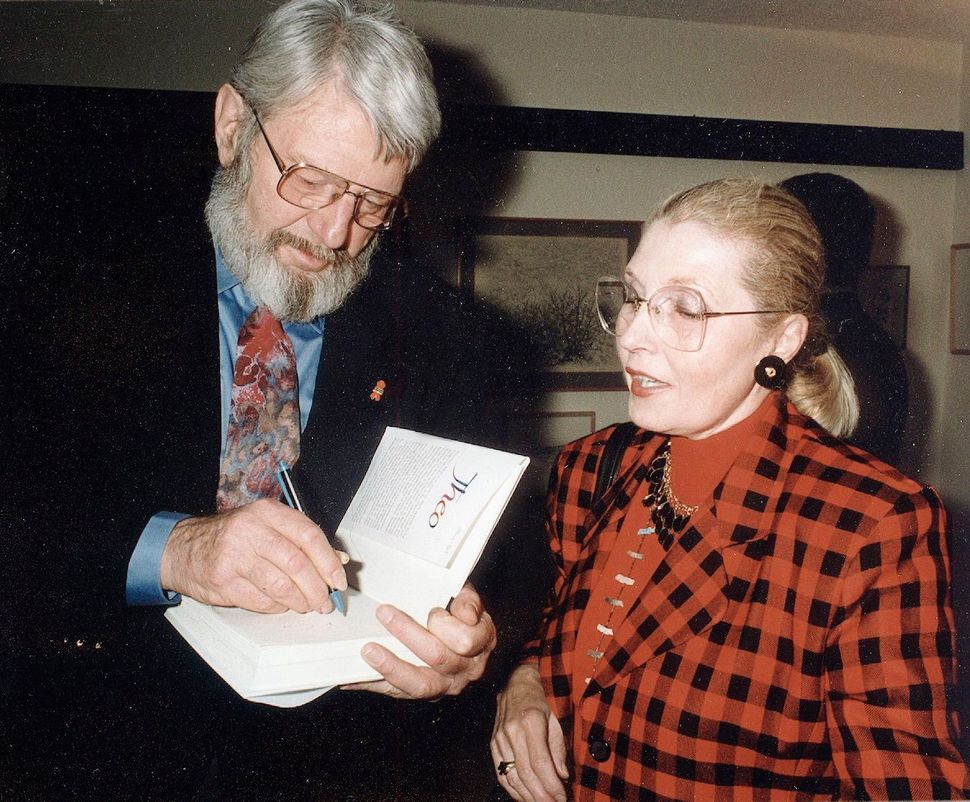 Theo Bikel and Masha Leon in 1994. Image by Karen Leon

Theodore Bikel, actor, activist, Yiddishist, and multi-lingual folksinger — who died on July 21 at 91 — has had a “home” in my piano bench since the 1960s where his well-thumbed “Folksongs and Footnotes” tome rests, as do his vintage recordings on my shelves.

I first met Bikel on March 5, 1978 when he was the guest artist at Queens College Yiddish Program’s Seventh Annual “Sholem Aleichem Festival” chaired by Sholem Aleichem’s granddaughter Bel Kaufman. It was the beginning of a long, Yiddish-flavored friendship.

During my first interview with Bikel for the Forward in 1989 on the 65th floor of the RCA Building. He recalled: “My father was a Zionist — Poale Zion. A strange creature: both a Yiddishist and Hebraist. Even though he was an atheist he liked to go to synagogue because that was the only place you could argue your atheism. Even my grandfather was an erratic Jew. He would have periods when he did nothing and suddenly he would be with tallis and tefilln. He’d say “Efsher vet dos helfn.” “Maybe this may help.” 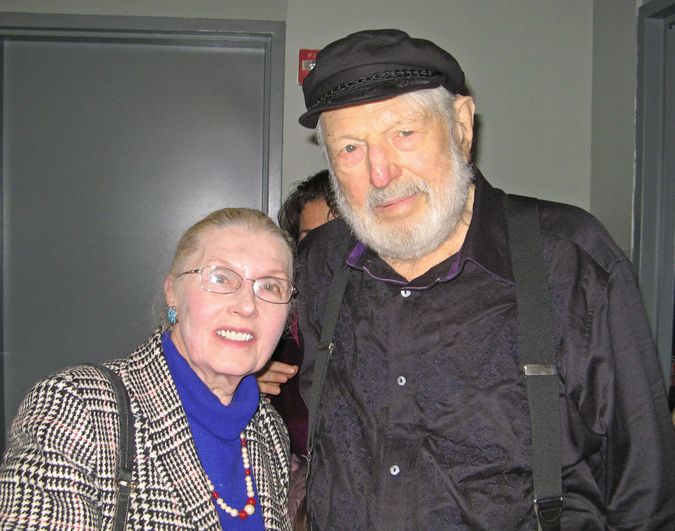 Did he think of himself as a Jewish performer? Bikel replied: “I’ve been rejected by some audiences because I am an intellectual and because I am a liberal…. My theory is that one has to do a lot of Jewish songs for non-Jews, and a lot of non-Jewish songs for Jews on the theory that non-Jews are entitled to a glimpse of the Jewish world.”

At a 1994 reception for Bikel’s autobiography, “Theo” (Harper-Collins), hosted by Israel’s then-consul general Colette Avital, Bikel recalled that as a little boy in Vienna, whenever his father wanted him to perform, he would put a newspaper at his feet as a surrogate stage. A propos, Avital put a copy of The New York Times at his feet. When the laughter abated, Bikel mused: “Since Theodore Herzl and Sigmund Freud were both born in Vienna and lived on the same street, I wonder what would have happened had Herzl knocked on Freud’s door and said ‘I had a dream!’”

In 2003, Bikel was in Krakow, where he sang “If I Were A Rich Man” and in Yiddish “Az der Rebbe Zingt” (When the Rabbi Sings) for a 10,000-strong (mostly Polish) crowd. When honored in 2006 by Meretz USA, where he shared the stage with Tovah Feldshuh, he stated: “My commitment to Meretz and the peace movement has always been intricately and indissolubly connected to my belief in an Israel that is not only secure in life and limb, but anchored in moral rectitude.”

When in 1999 Bel Kaufman presented then 75-year-old Bikel with a “Seasoned Citizen National Treasure” Award, Bikel responded: “One applauds longevity but that alone is not an accomplishment. A taxi driver recently told me ‘You Look like Theodore Bikel, he should rest in peace.’” After the laughter, Bikel — guitar in hand — led the mostly senior audience in singing “If We Only Had Love.” 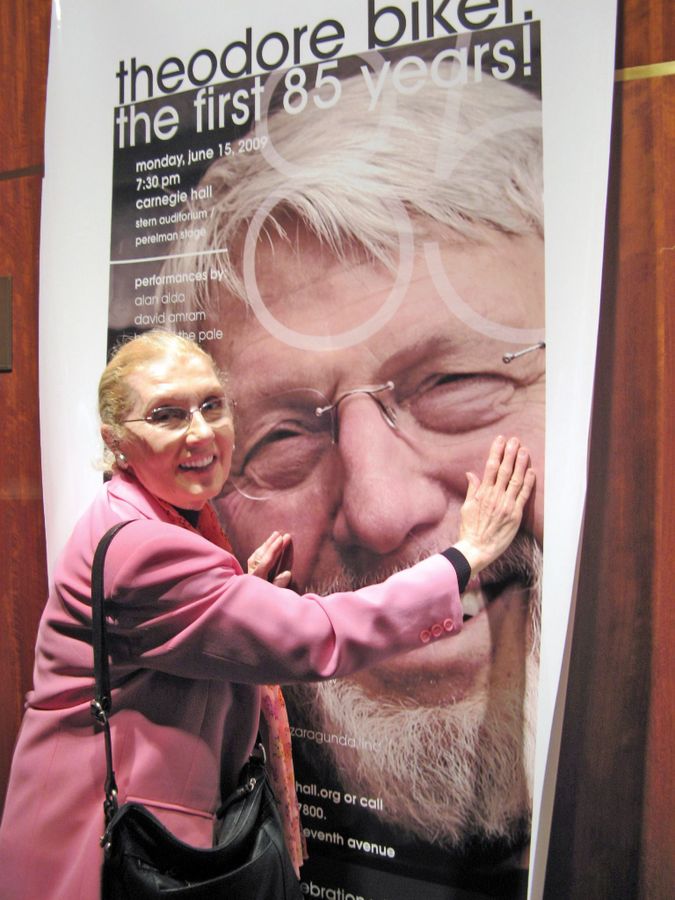 At his 85th birthday concert at Carnegie Hall, his mazel-tovers included: Alan Alda, Arlo Guthrie and Peter Yarrow. “What counts is the journey itself—not the end of the journey,” Bikel told his fans.

On December 2, 2013 an almost 90-year-old Bikel was honored at a Hanukkah Gala at Symphony Space at which 102-year-old Kaufman made the presentation. As 91-year-old Fyvush Finkel, with whom Bikel performed in a 2013 Yiddish production of Neil Simon’s “The Sunshine Boys” (Di Komediantn) kvelled-Bikel, joked: “Never in my life did I have a love declaration from a 102 year old woman..”

It is difficult to grasp that, though frail, the self-accompanying guitar-strumming singing-activist Bikel, honored at this past June 18 YIVO’s Heritage luncheon, is gone. I could not help but recall that at the October 18, 2008 92nd Street Y 80th Birthday Tribute to Elie Wiesel Bikel sang: “Ver Vet Blaybn?” Who shall remain?