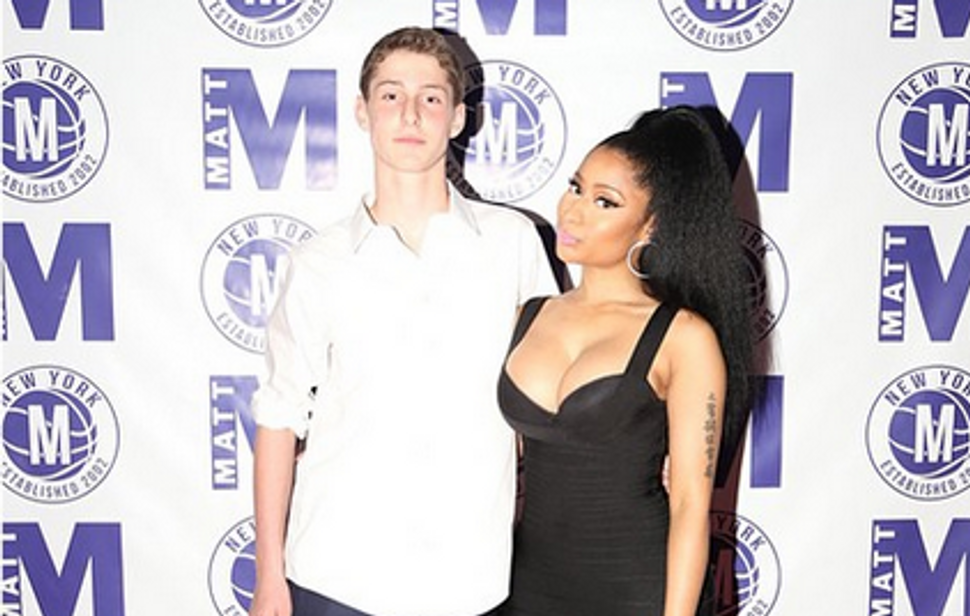 No Nicki Minaj Bar-Mitzvah’s for you, Nahariya! Image by Instagram

The Mediterranean city, situated some ten kilometers from the Lebanese border and home to just over 50,000 people, released a document to DJs and educational instructors entitled “List of Banned ‘Anti-Educational Songs’ for Playing,” which includes 14 songs prohibited from being played at “Nahariya Village,” a series of concerts, dance parties, sporting and other activities being held in the city over the summer school holidays.

The event, now in its fifth year, is expected to attract thousands of teenagers in all, and is intended to “to enable the city’s younger generation to fill their lots of free time over the summer [by partaking in] a variety of activities and shows under the supervision of counselors and parents.”

According to the municipality, the blacklist is a response to the songs’ “violations of women’s dignity,” encouragement of “a culture of rape, humiliation of women,” and lyrics “full of racist words, insults, sexism and homophobia.”

The blacklist [Hebrew link] contains 14 prohibited songs, sorted by title, artist/s and the reason for their disqualification. Ten of the songs are by local artists, including Eyal Golan. The two other foreign songs banned are “Worth It” by Fifth Harmony (reason cited: “prostitution”) and “Blurred Lines” by Robin Thickle (“simply the culture of rape in the song”). Minaj’s song is banned because “the song objectifies the buttocks of women and girls,” while a reason is not given for the blacklisting of “Wiggle.”

In response to a Haaretz inquiry, Nahariya municipality said that the blacklist is “solely an internal document intended for educational instructors and DJs [partaking in “Nahariya Village”], and not a statement from the municipality to the music world. Of course we will not boycott anyone, neither artists nor singers. However, we want to be responsible for the content featured in an educational setting, as we feel responsibility for what happens there.”

For more stories, go to [Haaretz.com][1] or to subscribe to Haaretz, [click here][2] and use the following promotional code for Forward readers: FWD13.