Morgan Freeman, Voice of God, Wants You To Support The Iran Deal 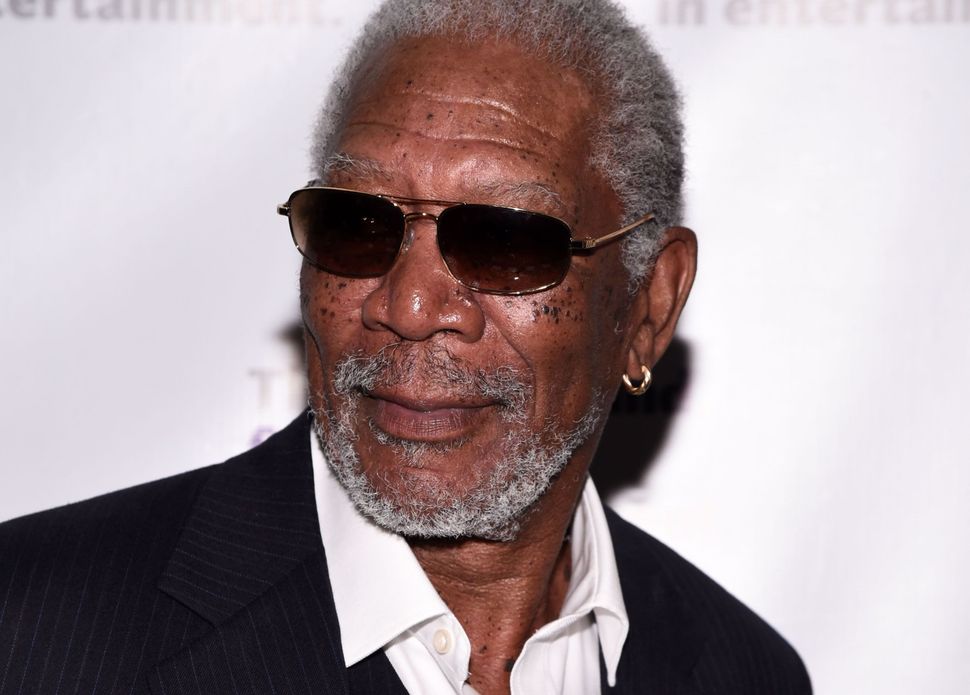 (JTA) — Actors Jack Black and Morgan Freeman join other big shots, including Queen Noor of Jordan, in a comedic video released Tuesday that plumps for the Iran deal.

The celebrities urge Americans to contact their representatives in Washington to encourage them to support the agreement between world powers and Iran, which Congress has until September to review. Congressional disapproval of the deal would likely scuttle it.

Morgan Freeman cautions in the video that in that case, the U.S. could be forced into war with Iran — “another dangerous, drawn out and expensive conflict in the Middle East with many lives lost.”

Produced by Global Zero, a group the advocates the elimination of nuclear weapons, the video starts with a star-dusted warning that if Congress “sabotages the nuclear deal with Iran,” Americans could be “totally fried by a major nuclear bomb dead.” Jack Black frets that he won’t be able to play frisbee with his sons, because “the frisbee will be melted.”

Queen Noor interrupts the hand-wringing, saying, “We’re not actually worried about Iran dropping a nuclear weapon on the United States.” But she and retired U.S. Ambassador Thomas Pickering agree that without a deal, there would be nothing stopping Iran from getting the bomb, and a nuclear arms race in the Middle East would be likely.

The celebrities go on to describe the deal as “strong” and the best way to keep Iran from a bomb and to avoid war.

“Do me a favor, OK, don’t let some hot-headed member of Congress screw that up,” says actress Natasha Lyonne, who stars on the hit TV show “Orange is the New Black.”

“Because playing politics with our national security is actually not all that funny,” adds Black.

Opponents of the Iran deal, most notably Israel and Republican members of Congress, want greater restrictions on Iran. They predict the deal reached on July 14 will allow Iran to get a bomb — either by cheating or racing ahead when key provisions expire — and will empower its destabilizing activity in the Middle East.

Morgan Freeman, Voice of God, Wants You To Support The Iran Deal