Get Ready for a ‘Daily Show’ That’s 75% Less Jewish 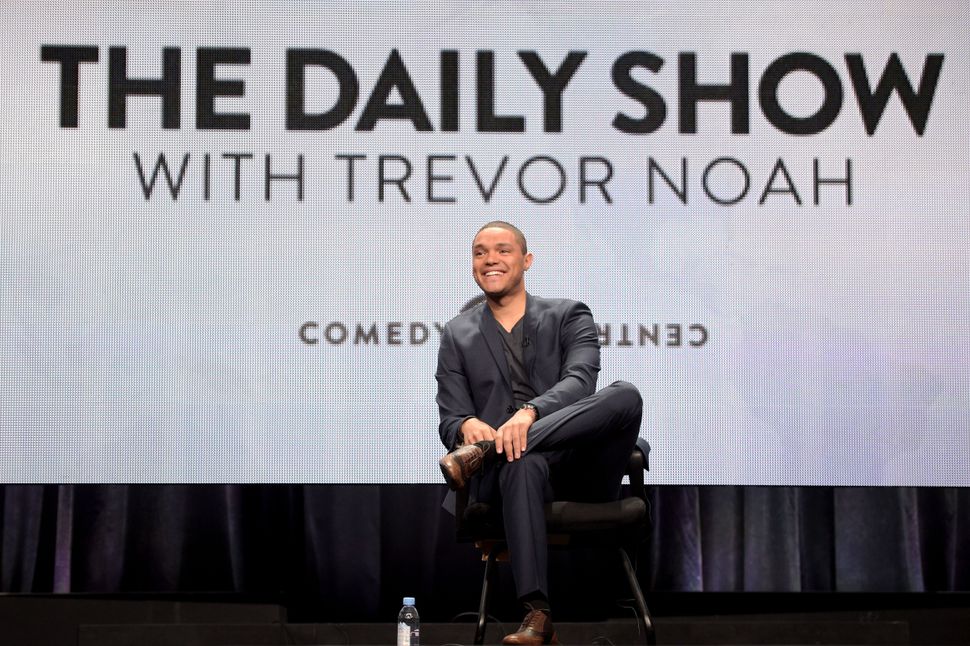 (JTA) — It’s no secret that Jon Stewart is Jewish or that Trevor Noah, his soon-to-be replacement on the “Daily Show” is not. So it might not be surprising that once Stewart leaves on August 6 and Noah takes over on September 28, the show will lose a lot of its Jewish flavor.

Noah emphasized on Wednesday that being a 31-year-old half-black, half-white South African man will significantly change the show’s perspective – after all, it will no longer be hosted by, in Noah’s words, a “52-year-old Jewish man who grew up in New Jersey.”

“The way we look at the same story will be completely different,” he said at the Television Critics Association’s semi-annual press tour on Wednesday, according to Entertainment Weekly. “We have different access to different jokes, different sides, different sensitivities … the most important thing is the place that you come from.”

Noah, who was born in Johanessburg, South Africa and immigrated to the United States in 2011, is actually one-quarter-Jewish. He told the Melbourne Herald Sun last October that his black South African mother is half-Jewish.

Noah was also asked on Wednesday about some of his past tweets, which were heavily scrutinized when he was announced as Stewart’s replacement and drew the ire of Jewish organizations B’nai Brith and the Anti-Defamation League for their perceived anti-Israel content.

“I don’t strive to be offensive,” he said. “But you can never control what people find is offensive or not. Any joke can be seen as offensive … Luckily, Comedy Central hasn’t limited me to 140 characters on the show, so I should be able to [better articulate context].”

According to Entertainment Weekly, Noah also plans to focus less on criticizing Fox News and more on doing impersonations. Even the show’s set will look different.

Still, the South African comic didn’t mince words when it came to expressing his gratitude towards Stewart, whose influence helped land Noah the job.

“The biggest pressure is living up to the expectations Jon has for me,” he said. “Jon believes in me … for years we’ve been talking. I never dreamed I’d be sitting in this chair.”

Get Ready for a ‘Daily Show’ That’s 75% Less Jewish